On the second episode of Postman, Raja and Rajini meet Rishi's mother to hand over a suicide letter. Read the full update here. 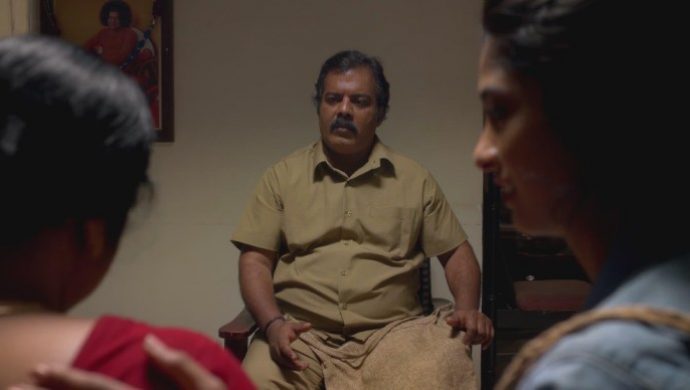 Previously on Postman, Raja, an ardent Rajnikanth fan goes for his new release instead of delivering the last eight letters of the day. While returning home at night, he meets with an accident and slips into a coma. Raja is shocked to see his daughter grown-up when he wakes up after 23 long years. He tells his daughter about his incomplete task and both set on a journey to deliver those letters.

Missed out on the latest episode of Postman? Watch it here:

In the second episode of Postman, in a flashback, a medical student, Rishi, is seen writing a suicide letter to his parents from his hostel. After recovering from a coma, Raja is on a mission to complete the delivery of all the letters which he couldn’t complete earlier. He embarks upon a journey with his daughter Rajini to fulfil his task. They both meet Rishi’s mother and hand over the first letter only to realise that it is a suicide note. On the other hand, a man in his 40s is seen abducting security guards and killing them.

Rishi’s mother tells them about Santhosh who was wrongly accused and jailed for the murder of Rishi. The trio decides to meet Santhosh to apologise for their mistakes. Santhosh is the psychotic killer who is behind the murders of the security guards. When Rishi’s mother apologises to him for her mistakes, he is quick to forgive her and goes to make coffee for them.

Rajni, Raja and Rishi’s mother are shocked to learn from a newsflash on TV in Santhosh’s apartment that he is indeed the killer who is wanted by the police for the murder of the security guards. Santhosh is quick to tie up the three and explains his motive behind the killings. He tells them that he kills security guards because no one cares about them and starts to demonstrate the killing an unconscious old man.

Rajani shows her presence of mind and pocket-dials the police and they hear Santhosh blabbering about his thrill for killing. The police figure out his address and rescue them just in time before the unconscious guard is killed. Raja feels proud of Rajni for being clever and tells her that nothing good is going to come out of delivering the letters. Rajani motivates him to think positively and convinces him to deliver the rest of the letters. What adventures lie ahead for the duo? Stay tuned to find out!