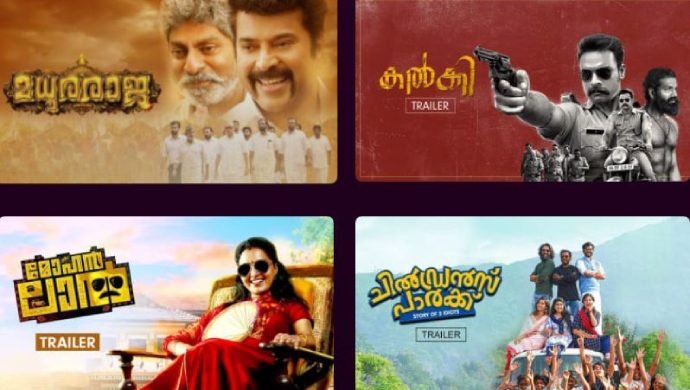 From crime thrillers to comedies, this list has it all! Here are the best-reviewed Malayalam films now streaming on ZEE5.

Kalki: If you are looking for a well-crafted police thriller movie with enthralling action sequences, Kalki is the right choice. Kalki revolves around the village of Nenchankotta and the unusual events that set grounds for the arrival of Inspector K essayed by Tovino Thomas. Kalki, according to Hindu mythology is Vishnu’s tenth avatar that will save the world from the reign of terror and evil. Tovino’s character from the movie, Inspector K, works around the same aspect to save the villagers from corrupt politicians and gangsters. The movie directed by Praveen Prabharam is an all-out entertainer with stunning performances from Samyuktha Menon, Harish Uthaman and Shivajith Padmanabhan.

Allu Ramendran: Kunchacko Boban with his evergreen performances in movies like Aniyathipraavu and Ishttam is one of Malayali’s all-time favourite heroes. A Kunchacko Boban movie is a brand name in itself for a feel-good family entertainer. But with Bilahari’s Allu Ramendran we see a different Kunchacko, portraying a rugged policeman. With rigorous fight scenes and situational comedy throughout the film, Allu Ramendran takes the audience on the journey of a policeman fighting his nickname. The movie is a fun family watch with memorable performances from Sreenath Bhasi, Salim Kumar and Aparna Balamurali.

Mohanlal: For decades Mohanlal – the actor, has been a part of an everyday Malayali’s lingua and culture. With evergreen characters and movies in all south Indian regional languages, Malayali’s take utmost pride in the actor. The movie directed by Sajid Yahiya, starring Indrajith Sukumaran and Manju Warrier in lead roles is a fun watch for all Mohanlal fans. The movie takes us on a jolly ride with the story of two hardcore Mohanlal fans Meenakshi and Sethu Mathavan who face real-life problems arising from their devotion to the actor. The movie showcases a powerful performance from every Malayali’s favourite heroine, Manju Warrier.  This family movie is the perfect watch to lift your spirits with never-ending fun and laughter.

Ira: Directed by Saiju S. S, Ira starring Unni Mukundan and the newcomer Gokul Suresh is one Malayalam crime thriller you shouldn’t miss. The movie evolves as police officer Rajeev, brilliantly essayed by Unni Mukundan, investigates the murder of a corrupt politician. The investigation leads Rajeev to Vaigha, played by actress Miya who is in disguise to help a tribal village. An intense tale of crime unfolds as Rajeev seeks the help of the wrongly accused Doctor Aryan, essayed by Gokul Suresh to solve the mystery. One of the best movies to come out in 2018, Ira is the perfect murder mystery to keep you on the edge of your seat.

Madhura Raja: The much-awaited sequel to Mammootty’s all-time superhit 2010 movie, Pokkiri Raja, broke all of his previous records with Madhura Raja grossing 42 crores worldwide. One of the best entertainers from 2019, Madhura Raja tells the story of Raja’s return with a different mission to save his father Madhavan Master, essayed by veteran actor Nedumudi Venu, from the clutches of corrupt police officers and hooch baron Nateshan. The mass entertainer is a perfectly crafted Mammootty film with mind-blowing action scenes and viral one-liners. The movie becomes an all-round entertainer with memorable performances from industry’s A-listers like Aju Varhgese, Anusree, and Jagapathi Babu.

Which of these is your favourite? Tell us in the comments below.

Valentine’s Day Special: #5 Colours To Let Them Know What You Truly Feel

V-Day Special: Check Out These Ideas From Akhilandeshwari For A Five Course Vegan Meal