The initiative was launched on the sets of Sa Re Ga Ma Pa Keralam. 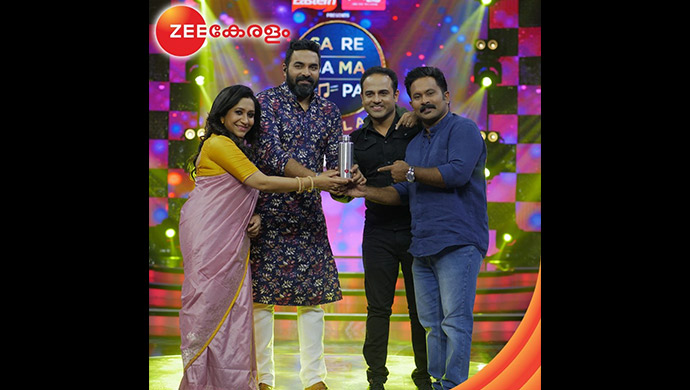 Zee Keralam has successfully implemented Zee’s initiative to go plastic-free. The channel has now provided a plastic-free workspace by introducing steel glasses and steel flasks instead of plastic ones. Usage of plastic bags on show sets are slowly being stopped. The official launch of the initiative was done by Actor Aju Varghese in Zee’s flagship show – Sa Re Ga Ma Pa Keralam. Zee Keralam is the first channel in Malayalam to take a plastic – free approach and set an example to competition channels in the market.

Missed the latest episode of Sa Re Ga Ma Pa Keralam? Then watch it here. Scroll below to read the rest of the story.

The initiative was quickly implemented within one week of its inception to encourage the public to stop using plastic. Suppliers of steel glasses and flasks were quickly finalised so that the upcoming schedule of SaReGaMaPa would be Plastic Free. The Production team is adapting the Plastic Free approach to all outdoor shoots and it will soon be a mandate that will be followed across the channel.

The  biggest menace to the environment is plastic waste. Gradually reducing and stopping plastic usage is the only immediate solution to save our environment.

Zee Keralam will be completing its first year of operations in Kerala by the end of November ’19.

Alli Of Alliyambal Posted A Childhood Picture And It's Super Cute