Valentine’s Day Special: Why ‘Almost Single’ Is A Must Watch For All Couples

Starring Parvathy Thiruvothu and Irfan Khan, Almost Single is sure to take you on a fun ride this Valentine’s Day. 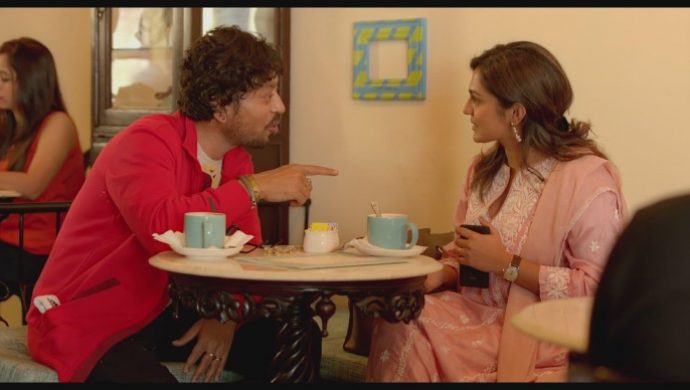 Tired of watching the same old college romance on TV? Almost Single, directed by Tanuja Chandra, is a must-watch if you love an unconventional take on romance between two different individuals. The movie revolves around the story of Jaya and Yogi who meet in an online dating space. The movie takes a quirky turn when Yogi tells Jaya about his three ex-girlfriends and the duo decides to meet them as they journey across the country.

Here is why you and your better half shouldn’t miss watching this novel take on a modern-day love story:

#1 The many adventures from online dating: Even with all the declared perks of online dating websites, the movie shows how a millennial struggled with half-hearted conversations while dating online. Hilarious moments follow when Yogi helps Jaya get rid of all the creepy messages she gets on the platform. With hilarious instances between Parvathy and Irfan Khan, the movie is a funny take on the advent of online dating.

#2 Parvathy Thiruvothu’s Bollywood debut: With her amazing screen presence and memorable characters in Malayalam movies, Parvathy Thiruvothu has become an actress whose name resonates with critically acclaimed films. Almost Single is a must-watch for you guys if you had loved her performance in movies like Uyare, Virus and Bangalore Days. Parvathy’s character Jaya is very relatable as she portrays the many struggles one goes through while meeting someone from an online dating space. The two-time winner of Kerala State Film Award for Best Actress mesmerises the audience with her rocking performance as Jaya in the movie.

#3 Best of Irfan Khan: Thanks to Irfan Khan’s amazing screen presence, the movie is never boring and hilarious moments follow one after the other. When Yogi goes to meet his first girlfriend with Jaya, he introduces her as his cousin. The funniest moment is when his Radha’s kids address him as their Mamaji. Yogi is the polar opposite of Jaya as he is jovial and carefree in his strides. The hilarious combo keeps coming back at each other with quirky one-liners, making Almost Single a fun comedy ride.

#4 An unconventional rom-com: With the many repetitive romcoms from Bollywood, Tanuja Chandra’s Almost Single is a refreshing feel-good take on romance that even becomes a road movie at several points. Irfan Khan’s Yogi and Parvathy’s Jaya are two close two real-life characters mainstream romance movies stay away from. The movie also presents the characters with their many faults making the movie a novel experience for the audience. Almost Single is abruptly real and resonates with everyone who has struggled to not be single in their life.