From romcoms to adventure thrillers, here are the best rewatchable Malayalam movies on ZEE5. 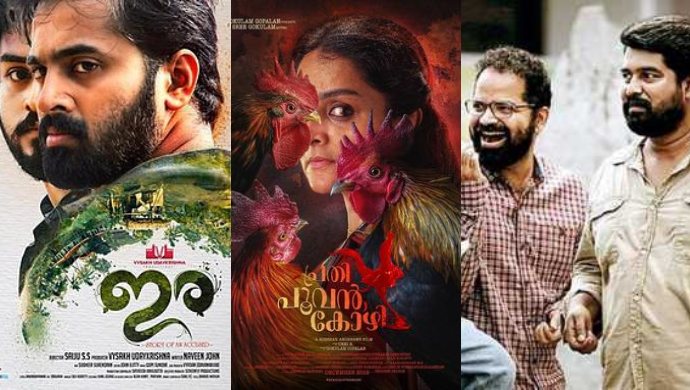 With the novel Coronavirus outbreak, it’s best to stay indoors and protect yourself from the disease. It’s a good time to explore the best content out there and ZEE5 is here to help. From romcoms to adventure thrillers, here is a list of the best rewatchable Malayalam movies to watch while you stay indoors!

Directed by new-comer Senthil Raj, Kadam Kadha featuring Joju George and Vinay Forrt is one of the best comedies to come out in the Malayalam industry recently. The movie tells the quirky tale of two friends Giri and Cleetus who follows a trail of big money to solve all their problems. The movie also features memorable performances from comedy veterans like Ranji Panicker, Saiju Kurup and Sinoj Varghese. With quirky story-telling and memorable on-screen performances, Kadam Kadha is sure to be a fun watch for you and your family while staying indoors.

Featuring Manju Warrier and Saiju Kurup in lead roles, Prathi Poovankozhi, directed by Rosshan Andrews tells the inspiring tale of a young woman’s search for justice, despite the many obstacles on her way. The movie tells the story of Madhuri, a salesgirl in a textile shop essayed brilliantly on-screen by Manju Warrier, who gets assaulted on a bus by a market place goon Antappan, played by Rosshan Andrews. The movie with enthralling sequences is sure to keep you on the edge of your seats while you follow Madhuri’s search for justice.

Nothing like a Lal Jose movie to uplift your mood while staying indoors! Featuring youth icon Kunchako Bobban, Thattumpurath Achuthan tells the quirky tale of Achuthan setting out on a mission to help a young girl and her family. The feel-good movie with a social message also features amazing performances from Hareesh Kanaran and Sravana. If you are looking for a carefree laugh with your family, you shouldn’t miss the quirky incidents from Thattumpurath Achuthan.

Directed by newcomer Praveen Prabhakaran, Kalki tells us the story of Nanjankode, a village destroyed by political turmoil. The police force is incompetent as goons reign over the village and the situation is worsened after the death of a police inspector. Featuring Tovino Thomas in his first-ever police avatar, Kalki is sure to give you all the thrills of a superhero flick as Inspector K, steps into put law and order back in place. If you are a lover of adrenaline-pumping action flicks, you shouldn’t miss Kalki for its enthralling action scenes and mass appeal one-liners.

The nail-biting police thriller directed by Saiju S. S  takes the viewers on a thrill-ride when inspector Rajeev is assigned to the murder mystery of a politician. The process of investigation leads Rajeev to Vaigha, who is in disguise to help the tribal families. An intense tale of crime unfolds as Rajeev and Vaigha connect the dots to find the real culprit behind the scenes. Featuring powerful performances from Unni Mukundan, Miya George and Gokul Suresh in the lead role, Ira with its sudden twists and turns is the perfect investigation drama to watch while staying indoors.