From crime thrillers to action flicks, here is a list of the best movies on ZEE5 with a strong social message to inspire you this Republic Day. 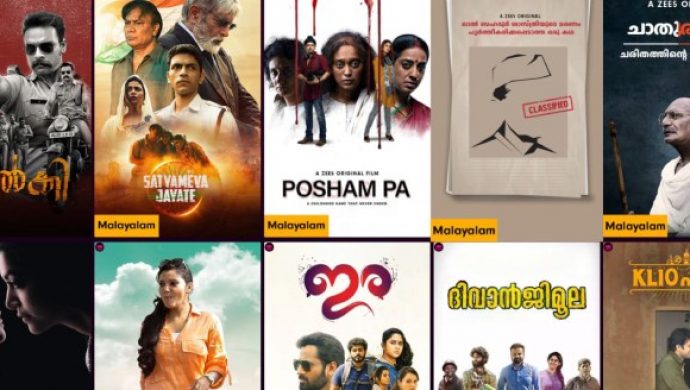 #1 Thattumpurath Achuthan : Lal Jose has always been every Malayali’s favourite director for the strong social messages he attaches with his movies. Thattumpurath Achuthan starring our favourite Romeo, Kunchako Bobban, and newcomer Sravana tells the story of Achuthan who comes forward to help a family in need. The movie tells the audience about the huge impact an individual can make with his good deeds and how it can positively affect society. The movie opens a discussion about cyber crimes and safety of women in contemporary webspace and society. It’s a must-watch for you if you love a feel-good movie with a strong social message attached.

#2 Kalki: Tovino Thomas’s mesmerising performance as Inspector K in the police thriller directed by Praveen Prabham is every reason to watch Kalki. The movie revolves around the village of Nanchenkotta, where the law is just as corrupted as the elected officials representing the place. Kalki is a must-watch in terms of all-out entertainment with enthralling action sequences and mass appeal screen presence from the youth icon.

#3 BTech: Starring Asif Ali, Shreenath Bhasi and Aparna Balamurali in the lead, Btech directed by newcomer, Mridul Nair, is about a gang of easy-going college students. The unusual story of Azad, played by Arjun Shokan, starts to affect the group and induces a sudden change in them. Azad is killed in a terrorist attack but the tight knit group has to fight stereotypes present in the society to prove their deceased friend’s innocence. The movie is a sure throwback to our campus days. It also brings out the many problems of Islamophobia and how it hampers with the secular aspect of a democracy. Through memorable scenes and lovable dialogues, the movie becomes a well-crafted message to the society’s present through the novel mode of storytelling.

#4 Posham Pa: Looking for a crime thriller with nail-biting sequences and riveting storytelling that keeps you on the edge of your seat? Posham Pa is the right fit for your Republic day binge with its mind-blowing story line. It tells the true story of two dreaded serial killers, whose mother forced them into a life of crime, and a lawsuit that haunted the newspaper columns for years. The two women were accused of kidnapping and murdering 5 children after forcing them into beggary. The case got controversial as the sisters involved in the murder, Seema Gavit and Renuka Shinde, denied their involvement in the murders and blamed it on Shinde’s husband.  The movie revolves around two documentary makers who interview the sisters and finds horrific details about the murders. The unknown side of the story makes them probe into whether the sisters were the real culprits or not.

#5 Ira: Starring Unni Mukundan and newcomer Gokul Suresh in the lead, 2018 movie Ira directed by Saiju S.S is a wonderfully made crime thriller that is surely going to leave you in riveting suspense. Ira tells the story of the murder investigation of a well-known politician and an officer’s endeavour to track the real culprits behind the crime. The story takes a quick turn as the wrongly accused Doctor Aryan’s backstory reveals new developments to the story arc. As the police investigator played by Unni Mukundan uncovers the truth, he finds himself fighting against the morals of the corrupt justice system that he represents.

If you liked our list of the best Malayalam Movies to watch on Republic Day, check out the rest of our collection, only on ZEE5.