Manju Warrier takes a trip down the memory lane with this throwback video she posted on her Instagram feed. Don't miss! 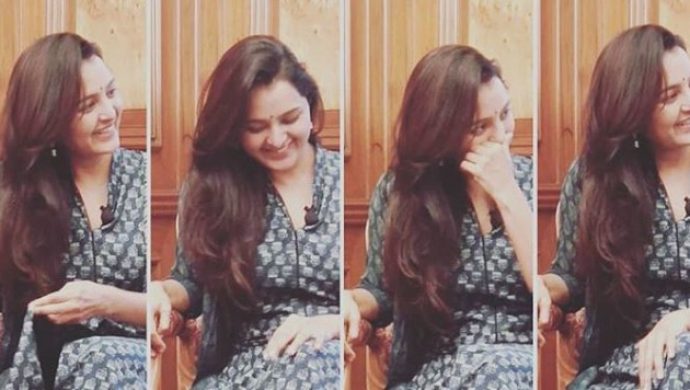 Manju Warrier has been a part of Malayalam’s visual magic for almost two decades. The actress started her career in films with the superhit film Sakshyam in 1995 at the age of 17. Almost two decades later, the actress revisited her initial days in the industry with this throwback video of one of her best performances from the movie Pranayavarnangal in 1998. Manju was on the sets of her new film Chathurmukhham and revisited her pleasant memories from her earlier film.

Missed out on Manju Warrier starrer ‘Mohanlal’? Watch it here:

Do you guys remember the famous staircase scene from Pranayavarnangal? This captivating video from the actress is surely going to take you back to the good old days:

22 years!!! "Pranayavarnangal" was released on this day in 1998. Thanks @rajeevanfrancis for this video which took me "up" the memory lane. 😊 #chathurmukham #pranayavarnangal

Manju Warrier’s performance in the movie ‘Mohanlal’ 2018 earned the legendary actress critical acclaim for handling the role of Meenukutty. An ardent fan of the actor Mohanlal, Meenukutty struggles with Celebrity worship syndrome even as her husband, played by Indrajith, finds her antics embarrassing in public. The comedy hit film from director Sajid Yahiya is a must-watch for everyone who enjoys a carefree laugh with a memorable performance from our favourite actress Manju Warrier.