#ThrowbackThursday :This Pic By Kalki Star Tovino Thomas Shows His Struggles As An Actor

This picture tells the story of his rise to stardom. Don’t miss! 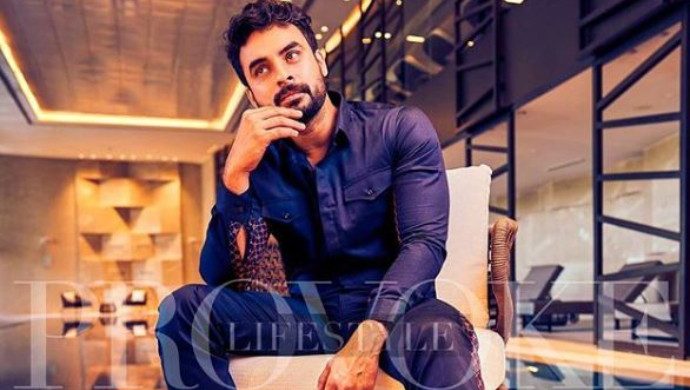 With box office record-breakers like Kalki and Virus, Tovino Thomas has become an integral part of the new wave of Malayalam cinema. Be it that trash-talking villain in Style or the next-door cute guy from Luka, Tovino has proven to his fans that he can easily take up any challenge on his way. His critics have always referred to him as the emerging superstar of the industry. With his charismatic screen presence in recent movies, he is becoming a true contender to the likes of Mohanlal and Mammootty.

Missed out on Tovino’s Inspector K from Kalki? Watch it here:

Tovino Thomas made his debut in the industry with the small but pivotal role in the 2012 film Prabhuvinte Makkal. The actor soon became a prime favourite to essay negative roles in movies like Style and ABCD. After his award-winning performance in the movie Ennu Ninte Moidheen, the actor got noticed for his versatility.

Tovino Thomas recently posted a picture of himself from his first movie Prabhuvinte Makkal and captioned it with reference to his eight-year-long journey. The actor remembers his struggles to show his face in the camera along with the other actors behind him. South film industry’s icons like Vijay Yesudas, Aju Varghese, Lena and DOP Sujith Vaassudev have congratulated the actor on his journey. The post from the Kalki actor is every reason why we shouldn’t give up on our dreams because one day like Tovino we can all look back and cherish the wonderful journey.

#5 Destinations In Kerala For The Perfect Valentine’s Day Weekend