Edward plans to lure in Ravi in his trap by kidnaping Meenu. Ravi who is shocked to hear this news looks for a way to find his daughter. 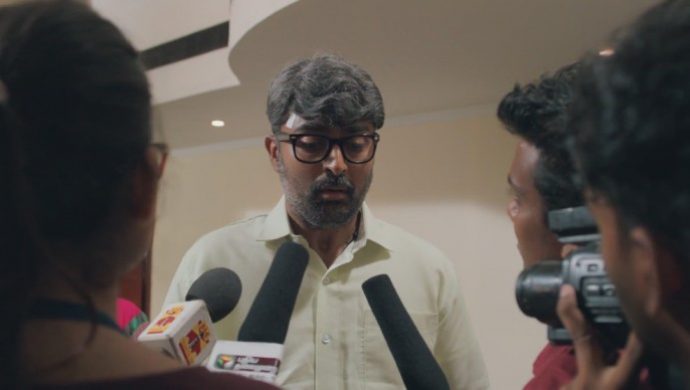 Previously on Thiravam, Bhaskaran learns that Das is behind Ravi’s abduction and send his goons to rescue him. Ganesh and Sahana go to meet Vetrivel’s goons to understand their motive for chasing Ravi. They both find out that Vetrivel is in big trouble as he is chasing Ravi’s experiments. When Sahana goes to Edward’s house to find more about the men chasing Ravi, she finds a lab in his house. As she starts recording the place, she gets caught by Edward who ties her to a chair.

In the seventh episode of Thiravam, Edward ties up Sahana and exposes himself as the mind behind ruining Ravi’s experiments. He confesses to having sabotaged Ravi’s presentation in IIT and stealing the hard disk with important files from Panimalar’s house. Edward tells her that he was behind Ravi’s experiments for a long time and she is the only one standing between him and his objectives.

Shekar recalls when he told his daughter Sahana that he is proud of her as she has become a lawyer. He cries out loud as the police find her dead body in a dump yard. Ganesh tells the investigating officer that the man conspiring against Ravi and Sahana’s murder is directly related to him.

Meanwhile, Ravi who is going to demonstrate the experiment in front of the press gets a call informing him about his lawyer’s death. Feeling guilty he blames himself for her death and informs the media gathered that he doesn’t have the formula to avoid similar mishaps.

Edward takes advantage of the situation and plans to tell the media that the bio-fuel was his discovery. He also manages to kidnap Meenu and go to the industrialist to lure in Ravi to his trap. Ravi is shocked upon hearing the news of his daughter’s abduction and tries to find a way to find her. Will Edward kill Meenu? Stay tuned to find out!