Ganesh tells Sadana about the conspiracy against Ravi. He warns her that Ravi's life might get in danger if he comes out of hiding. 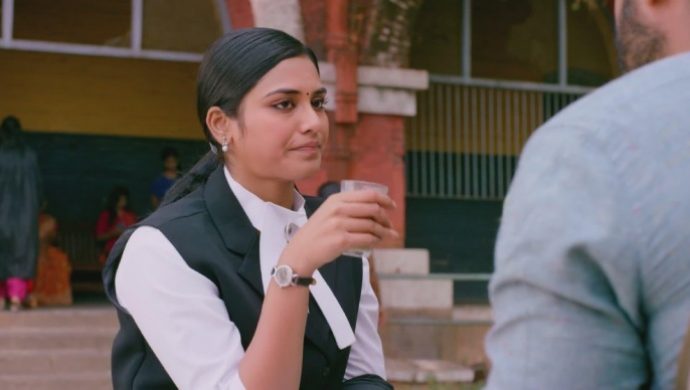 Previously on Thiravam, Ravi’s best friend steals the formulas and apparatus from his house. He then calls an unknown person and sets up a meeting with him. Ravi has a close encounter with Vetrivel’s men who come looking for him at his house. When he goes to Panimalar’s house asking for the hard disk, he finds her getting intimate with Bhaskaran. To mak matters worse, a stranger steals the hard disk from Panimalar’s house.

In the fifth episode of Thiravam, Ravi’s friend who had stolen the apparatus and the formula from his house demonstrates the working of the fuel to Das Anna at his hideout. When Das Anna asks Senki to demonstrate it again, the latter figures out that he is going to be killed. He breaks the apparatus and asks Das if he can go back to Ravi’s house to take another one. Ravi figures that Senki is messing with him and burns him alive using the solution.

Meanwhile, Ravi and Meenu go to his lawyer Sadana’s house and informs her about being followed by goons. Panimalar calls Ravi to tell him that someone stole the hard disk from her house and yells at him for not picking up his phone. The next day, Sadana meets her boyfriend Ganesh who is a journalist outside the court. He tells her about how two separate groups are following Ravi and that he will be in danger if he is to come out of hiding.

Sadana and Ganesh go to meet Gaja, who was attacked by Das for failing his assignment to kill Ravi. Meanwhile, Das gives the solutions and formulas to the industrialist but is asked to bring in Ravi himself so that he can demonstrate the process. Meanwhile, Ravi rushes to see his friend when he gets a call about his friend’s death. Das and his men arrive at Panimalar’s house at the same time to abduct Ravi. Das attacks Panimalar as she tries to save Ravi from him. What will happen next? Stay tuned to find out!