These Pictures From Abhimanyu Of Pookalam Varavayi Holds A Secret. Find Out Here!

Don't miss these pictures from Pookalam Varavayi actor Arun G Raghavan that is surely going to surprise you. See details inside. 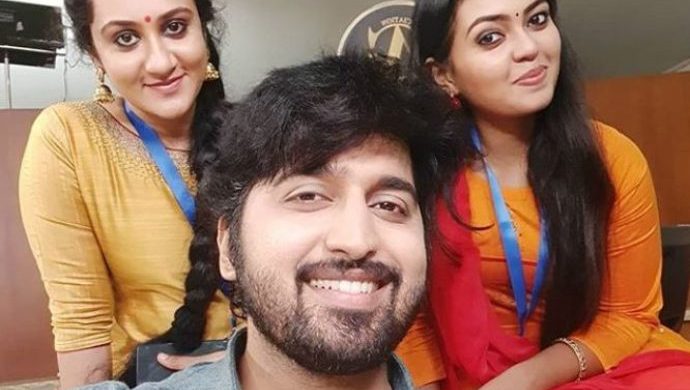 Arun G Raghavan aka Abhimanyu shared a picture with his co-actors from the sets of Pookalam Varavayi and it holds a surprise that we were all waiting for. Previously on the show, Abhimanyu agreed to Harshan and his parents to get engaged to Nithya. He was seen waiting for her to arrive at the function while Piyush tells him about the perks of being married. All of us Pookalam Varavayi fans have been patiently waiting for the big reveal from the show to find out who is the lucky girl Abhimanyu is going to marry.

Pookalam Varavayi fans are flooding the actor’s comment box with excitement as Chilanka S Deepu who essays the role of Nithya and Abhimanyu are seen dressed up for their marriage ceremony. See the photos here:

Arun G Raghavan has also posted pictures with co-actors Niranjan who plays Harshan, and Mridhula Vijai aka Samyuktha from the show. With the sudden twists and turns in Pookalam Varavayi and the reveal from these pictures on set, do you guys think Samyuktha still has a chance to win Abhimanyu’s heart? How will Sharmilla and Jyothirmayi try to interfere? Stay tuned to find out!