Shot in Kuttanad backwaters of Allapuzha, the backdrops of Zee Keralam's Alliyambal are spectacular, to say the least. 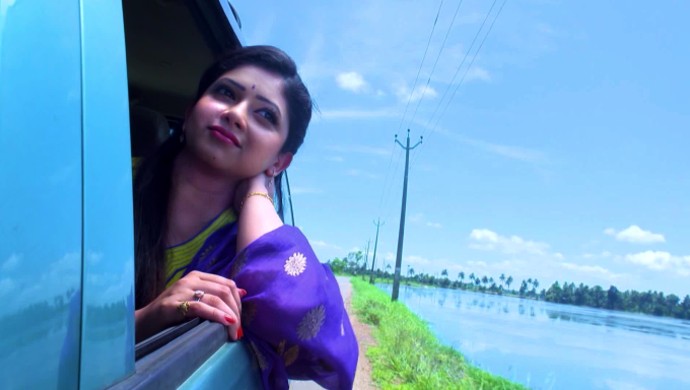 It’s not for nothing that everybody calls Kerala as God’s Own Country. Our state is filled with greenery and streams, ponds and backwaters. As such, all one has to do to watch beautiful scenery is to just simply step out of one’s own house. This beauty is also reflected in the shooting locations and backdrops of some of our TV serials. Now, in the case of Alliyambal, while the chemistry and drama between Devan and Alli is quite fun to watch, we couldn’t help but be enthralled by the beautiful rural locations where the serial is being shot. We recently managed to get some behind the scene videos and photos of their shooting locales, and we must say, we wish were a part of the cast and crew of Alliyambal if it means that we get to stay in such gorgeous places. Check it out.

Missed the latest episode of Alliyambal? Watch it here. Scroll below to the read the rest of the story.

We hear that much of the series is being shot in the beautiful Kuttanad backwaters of Allapuzha. Nicknamed the ‘Rice Bowl of Kerala’, Kuttanad backwaters is acres and acres of green paddy fields, criss-crossed by water channels and islands of coconut palms. Even a mental image of this sounds like heaven on earth. Exactly the kind of place we would want to go for a rustic holiday.

You must not fight too often with one enemy, or you will teach him all your art of war😈 #alliyambal🌷 #alli👩🏻‍🏫 @zeekeralam #songshoot #alleppey #kalari

This picture of Alli in a kalaripayattu costume was taken at Allapuzha beach. This beach is famous as a picnic spot and there is even an old lighthouse nearby, if you are in an adventurous frame of mind. We hear the view from the top is spectacular. There is also the remains of a 150 year old pier on the beach. While the walkway is almost gone, its wooden pillars are still intact and make for spectacular photos and selfie points, if you well.

Some parts of the series have also been shot at Vembanad Lake. This is the longest lake in India and besides its spectacular beauty, its also where the annual boat races of Kerala are held. There are many resorts along the banks of the lake and they make for an idyllic holiday.

Check out this behind-the-scenes picture posted by lead actor Jai Dhanush who plays the role of Devan. Looking at the canal in the background dotted with pond lillies and lotus flowers, We confess, we are feeling a little envious of the cast and crew of Alliyambal.

If you like romantic serials in beautiful locales, then also check out Pookalam Varavayi, which has been similarly shot with spectacular backdrops. Now streaming on ZEE5.

Alli Of Alliyambal Posted A Childhood Picture And It's Super Cute