Sujatha started her playback singing career as Baby Sujatha in the seventies, lending voice to the composition of Arjunan Master 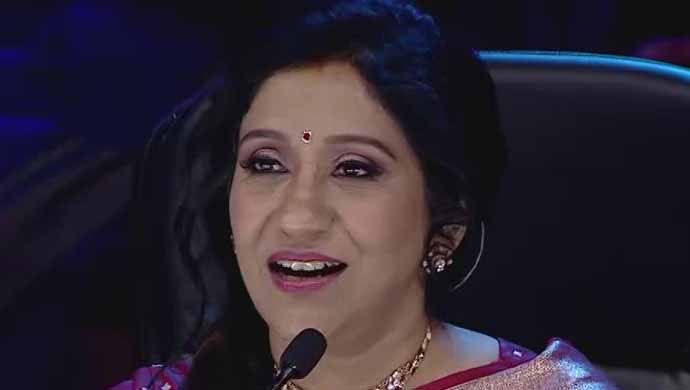 Sujatha Mohan, judge of Sa Re Ga Ma Pa Keralam, is one of those rare talents who forayed into the music industry at an early age and went on to rule the industry. At a time when chasing dreams was difficult for women, Sujatha spread her wings and flew high. Her talent wasn’t confined to one industry alone. She has sung for Tamil, Telugu, Kannada and Hindi as well.

In case you missed the latest episode of Sa Re Ga Ma Pa Keralam, watch it here:

Here are ten interesting details of the singer:

1. She is the granddaughter of Paravoor T.K. Narayana Pillai, who was a freedom fighter and member of the Indian National Congress who is better known as Parur T.K. He was the last Prime Minister of Travancore state and first chief minister of Travancore-Cochin.

2. Sujatha ventured into singing as Baby Sujatha in the 70s. She was an inevitable part of K.J. Yesudas’ stage shows across the globe. That exposure played a key role in honing her skill.

3. When she recorded her first song Kannezuthi Pottumthottu for the 1975 movie Tourist Bungalow, she was a Class VI student. She sang the Arjunan Master composition for the female lead played by Jayabharathi.

4. She comes from a family where art is appreciated. It was her mother who initiated her into music. During her early years, she was part of Kalabhavan, one of the prominent art institutions in Ernakulam. P. Susheela, Asha Bhosle and Mohammad Rafi are some of her favourite singers. Singer Radhika Tilak is her cousin. She is married to Dr Krishna Mohan. They have a daughter Shweta Mohan, who is also a singer.

5. She did her graduation in Economics at St Teresa’s College, Ernakulam.

6. Her Tamil debut was supposed to be the song Kadhal Oviyam Kandein composed by Ilayaraja in 1977. However, that didn’t take off. Next year, she made her Tamil debut with another Ilayaraja song Kalai Paniyil for the movie Gayathri starring Sridevi and Rajinikanth.

7. In 1980s, she used to sing jingles for Rahman. Her biggest break came in 1992 when Rahman offered her the Puthu Vellai Mazhai song Mani Ratnam’s Roja, which went on to become a super hit.

8. Some of her Hindi songs include Ishq Bina (Taal), Hai Jaana (Pukar) and Ishwar Allah (Earth), all composed by AR Rahman.

9. It is said that she has sung more than 7000 songs in various languages.

10. She has been nominated for National Award for Best Female Playback Singer for her songs in Minsara Kanavu and Paradesi

Watch Thattumpurath Achuthan, The Story Of A Krishna Devotee Who Finds A Mysterious Letter At The Temple