In today's episode of Sumangali Bhava, Sathya leaves the engagement ceremony as she feels insulted by Nimisha's behaviour. 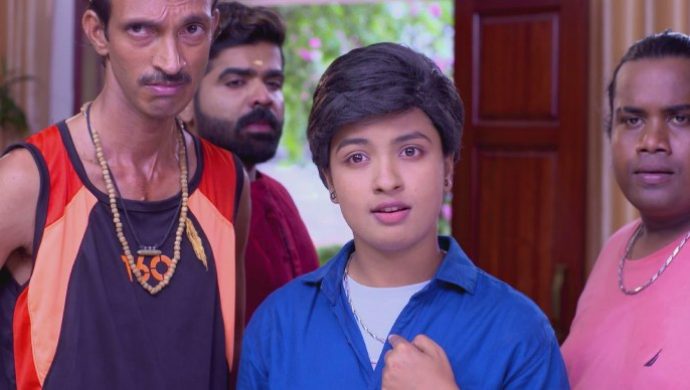 On the special episode of Sumangali Bhava, Nimisha introduces Sathya as her childhood friend from her school to her family. Sathya is infuriated when she learns about Nimisha’s failed marriage with Suryan.

Missed out on the latest episode of Sumangali Bhava? Watch it here:

Ramachandran is happy when Meenakshi tells him how her family is lucky to have Nimisha as everyone prepares for the engagement ceremony. Ramachandran is overjoyed that he can conduct Nimisha’s marriage along with Nila and Vishagini.

Meanwhile, Sidharthan walks in and tells Ramachandran that he is not ready to marry Nimisha. He tells everyone gathered that the family fixed the engagement ceremony without asking him for his opinion. Nimisha is shocked to hear his sudden revelation and starts crying. Intimidated by Sidharthan’s rude comments. Sathya takes him by his shirt’s collar and asks him for the reasons behind his actions.

Nimisha gets angered by Sathya’s behaviour and tells her that Sidharthan is her guest and asks her to let him go. Sathya feels insulted by Nimisha’s words and tells her how she shouldn’t have interfered in her life. She tells her that it was wrong of her to come uninvited for the ceremony and apologises for interfering in her story.

Sathya reminds Nimisha that she will relentlessly come again to save her if something unfortunate happens and leaves with her friends. Meenakshi gets angry at Sidharthan and asks him to leave the house when Nimisha tells everyone gathered that she is not ready to marry him. Later on, Nila apologises to Nimisha for introducing her to Sidharthan and planning ahead for their marriage.

Meanwhile, Shankaran calls Sitharaman and talks about finding a bride for his family, unaware of Suryan’s trap. As he reaches Sitharaman’s house, an angry Suryan points a gun at him and asks him about Devi. Suryan threatens to torture and kill him if he is not helpful in finding Devi.

Later at night, Sidharthan tries to console Meenakshi as she is disheartened by him disagreeing to his engagement with Nimisha. She tells him how she stopped considering him as her son and asks him to tell the reason why he disagreed to the marriage. What will be Sidharthan’s reply to Meenakshi? Stay tuned to find out!

Women's Day Special: How To Achieve The Perfect Work-life Balance Like Akhilandeshwari!