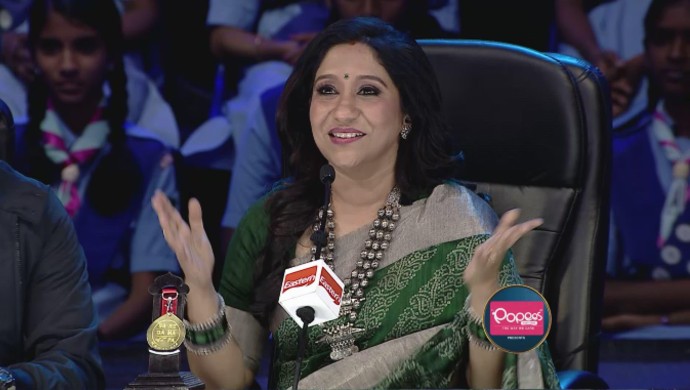 If you ask anyone about female singers in the Malayalam music industry, besides Sujatha Mohan of Sa Re Ga Ma Pa Keralam, two other names that come up would be K.S. Chithra and S. Janaki. The industry is incomplete without them. It wouldn’t be an exaggeration to say that Sujatha must have been inspired by these two singers. Her Instagram posts truly reflect those fan moments.

If you have missed the previous episode, watch it here.

Another photo that has been shared features Sujatha and K.S.Chithra. Known as the Vanampadi of Kerala, Chithra’s voice had been an inevitable part of Malayalam movies at a time. Besides South Indian languages and Hindi, she has crooned in foreign languages such as Malay, Latin, Arabic, Sinhalese and French.

Besides Sujatha, Sa Re Ga Ma Pa Keralam feature Shaan Rahman and Gopi Sundar as judges. The show also has a panel of guest judges.

Watch And The Oscar Goes To, The Tale Of A Struggling Film Maker