From Kannur Shareef to Mithun Jayaraj, we look at all that you need to know about Sa Re Ga Ma Pa Keralam grand jury members. Don't miss! 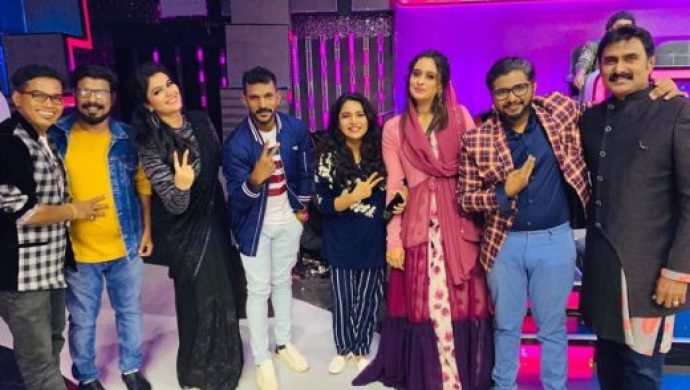 We can’t imagine an episode of Sa Re Ga Ma Pa Keralam without the mentorship provided to the contestants by the Grand Jury. The jury consisting of noted Malayalam singers and musicians have also been a part of many of the fun moments from Jeeva’s pranks and challenges. Led by popular singer Kannur Shareef, the jury plays an important part in marking the singers and training them into mesmerising playback singers. Here are some of the notable members from the jury, who have given all of us the best moments on Sa Re Ga Ma Pa Keralam.

Kannur Shareef has been the first choice of the judging panel to analyse performance from the contestants. Shareef Ikka as he is lovingly called on the show is popular for his career in Maappilapattu. The singer rose to fame with his hit albums and is one of the prominent singers of that genre from Kerala. The singer’s amazing duet with Sujatha Mohan went viral on social media recently garnering him with a lot of praise and fan following. With a 29-year long experience in the industry, Shareef Ikka is an irreplaceable presence on the show for his constant support and technical feedback for the contestants.

Merin Gregory who is a constant presence on the Sa Re Ga Ma Pa with her sweet smile and unique voice. The artist is one of the new playback singers in the industry who came under the spotlight through a similar reality show. With major hits in several new Malayalam movies, Merin has become one of the new voices in the industry to have captured Malayali hearts. Merin, who is popular for her fast numbers and powerful voice, is one of the mentors on the show.

💗Be a flamingo in a flock of pigeons! #pink #selfie #saregamapakeralam #shootmode

Veena Joseph and contestant Bharat have emerged as an amazing duo on the show with their many blockbuster performances and funny moments on the show. Veena Joseph is a Malayalam playback singer, famous for her song Melle Innen from the recent Malayalam movie Vaarikuzhiyille Kolapaathakam. Referred to as ‘Doctor’ on the show, Veena holds an MD in medicine and is also pursuing her career in playback singing.

True happiness is… to enjoy the present, without anxious dependence upon the future.

Ashima Manoj is the youngest member on the Grand Jury and also a former reality show contestant who rose to fame with her fast numbers on the show’s stage. She was once referred to as Bharat’s favourite mentor on the show and her guidance has brought him to the top ranks. The singer went viral on social media for her duet performances with Merin Gregory in the initial episodes of the show.

With energetic vocals and superhit songs, Mithun Jayaraj is one of the best singers on the jury. The singer is the first to correct the technical mistakes from the contestants and is always ready to give reasons for his perfect score figures. With hits like Roshomon, the singer has worked with many Malayalam music directors, including Shaan Rahman.

Daughter of popular Mappilapattu singer Kannur Salim, Sajili is a beautiful presence on the jury panel with her positive energy and guidance for the contestants. Sajili is popular for her ghazal renditions and went viral on social media for her duet performance with contestant Akbar on Sa Re Ga Ma Pa Keralam.

Which one among these is your favourite grand jury member? Let us know in the comments sections below.