Shane Nigam reveals the truth about the controversies surrounding him. Nikki Galrani joins Jeeva and Bharat for the funniest dance ever. 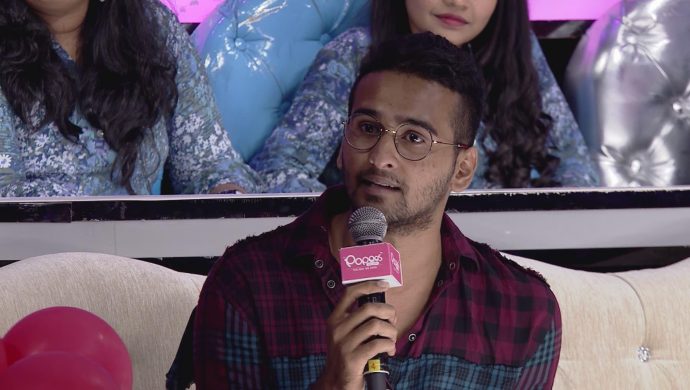 Today’s episode of Sa Re Ga Ma Pa Keralam was filled with fun, surprises and laughter. The show was graced by two of the biggest Malayalam stars- Nikki Galrani and Shane Nigam. Jeeva started the show by unveiling a huge gift box, presented by contestant Keerthana’s secret lover. The box was accompanied by the best surprise on Sa Re Ga Ma Pa yet, as it unveiled Shane as the next big surprise!

Shane Nigam is famous for his versatile performances in Malayalam feature films, garnering him international attention and fan following. But the actor was recently charged with a ban from the association of film producers in the Malayalam film industry. Shane was banned from working in films and was accused of drug abuse on sets. Shane offered his gratitude for having him on stage and said that the controversies are more from personal vendetta than facts and it´s his sacrifices that led him to where he is currently.

Shwetha was the first to perform, scoring ninety-eight percent, for her dreamy rendition of ‘Sunn Raha Hai Na Tu’ from the movie Aashiqui. The performance was followed by questions from the audience for Shane, and the actor’s replies were thought- provoking. He  was asked by one of his fans, about the recent demise of his father Abhi. Shane got emotional and replied that he didn’t value his father’s constant presence and when the latter passed away suddenly , it left him with a void.

Besides being a talented actor, Shane is a gifted  dancer too. He showed the contestants and the judges his impeccable moves. The episode continued with Jasim’s mesmerising performance of ‘Aananda Nadanam Aadinal’ which got the contestant a a high score, moving him up to second rank.

The round dedicated to A.R Rahman, dazzled the crowd with contestants hitting perfect notes, as Narayani performed ‘Munbe Vaa’ from the movie Sillunu Oru Kadhal. Nikki Galrani was a pleasure to watch as she joined the stage with actor Arun, for the promotions of their upcoming film. The judges weren’t pleased with Srijish’s performance during the challenge round and asked him to be more confident the next time. Nikki joined Jeeva for the funniest dance performance,  and the show saw Jeeva’s partner Aparna, making an appearance in a gift box as well. For more fun and laughter catch Sa Re Ga Ma Pa Keralam only on Zee Keralam.

For more fun and laughter catch Sa Re Ga Ma Pa Keralam only on Zee Keralam.