Ashwin and Jasim gets a blockbuster for their performance in One on One Duet Challenge round. 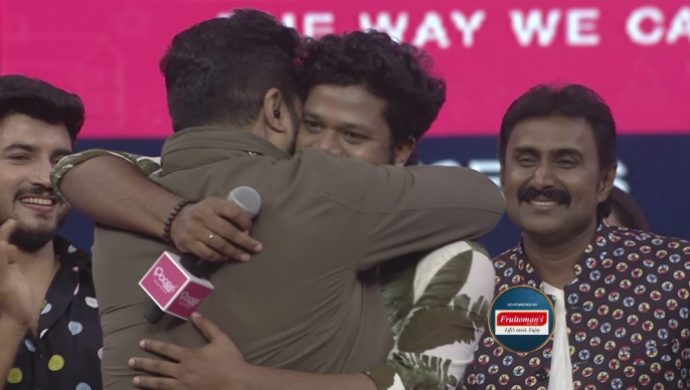 The Sunday episode of Sa Re Ga Ma Pa Keralam started with a rocking duet performance from Mithun of the grand jury and special guest Harish Sivaramakrishnan. The duo performed the superhit song Thu Badi Maasha Allah from the movie His Highness Abdullah. Kannur Shareef thanked the duo for their rocking performance.

Missed out on the last episode of Sa Re Ga Ma Pa Keralam? Watch it here:

Jeeva congratulated the three Sa Re Ga Ma Pa contestants, Swetha, Nanda and Narayani who started their career in playback singing with the Gopi Sundar song from Shylock. The trio performed the fast number from the upcoming Mammootty movie. Jeeva invited Sreejish to perform in the Solo round with the Tamil hit song Kannaana Kanney.