The best characters from ZEE5 Malayalam movies are here to bring out the best in you. Don’t miss! 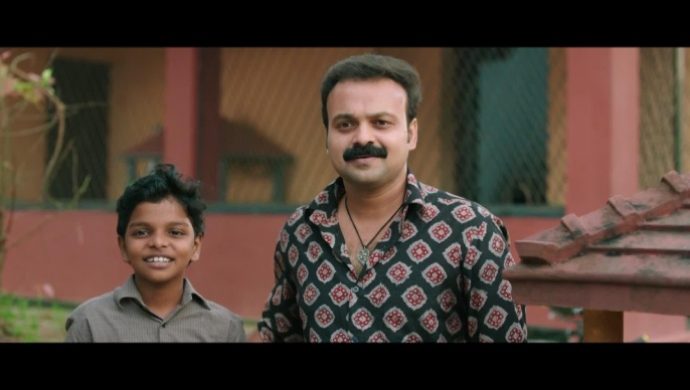 Looking for that right inspiration to bring out the best in you?  Have a look at these vibrant characters from ZEE5 Malayalam movies who are surely going to inspire you on this Republic Day:

#1Kalki: Tovino Thomas has always been a favourite in terms of essaying vibrant characters, but he surprised everyone with his police avatar in Kalki. According to mythology, Kalki is the tenth avatar of Hindu god Vishnu, destined to end Kali Yuga. Taking symbolical meaning from the same, Tovino’s Inspector K appears in Nenchankotta to save the people from corrupt politicians and goons who reign terror. Inspector K is a courageous man who tries to oppose the political party that terrorises the villagers. The character stands unique in comparison to the usual action-police hero we have always seen in movies as he is willing to fight against bad men not with his superhuman strength but with the righteousness he finds attached to his moral duty.

#2 Thattumpurath Achuthan: Thattumpurath Achuthan director Lal Jose never ceases to surprise Malayalis with his simple yet graceful adaptations of lively evergreen characters. The beauty of his characters has always been the transformation they undergo in his movies and the bigger purpose they achieve by the end. Achuthan is quite similar to many of us but he evolves into a better social animal as he starts helping a family in need. The movie becomes a heartfelt message as Achuthan denies the well-deserving appreciation he deserves for helping the family in need. The character does this as he feels it is everyone’s moral obligation towards the society to help others in need and attempting for credits, in the end, defeats the purpose of his actions.

#3 And The Oscar Goes To.. :  The hard work and effort in making a movie is many times overlooked by critics and the audience. Isaak Ebrahim resonates with the fact that each and every film made is the blood and sweat of an artist who is willing to share his views with a wider audience. And The Oscar Goes To.. according to the film’s director Salim Ahmed is based on the events from his own journey of becoming a renowned filmmaker. The character portrays virtues of hard work and resilience as Tovino essays Isaak Ebrahim to perfection giving the audience a heartfelt tale of an unnoticed struggle. If you are looking for that well-fitting motivation, And The Oscar Goes To.. is the perfect movie to watch!

#4 BTech: Anand from Btech is a typical slacker in college, who fails to find purpose in life. The college hero lives a life of unnecessary fights and unstable relationships. As a friend from his close-knit college gang gets killed in a terrorist attack, he starts to understand the bigger question at hand, thus finding purpose in saving the life of his wrongly accused friends. He uses his leadership skills to rebel against the system and leads a protest to earn justice for his friends. Anand’s character is inspirational as he is willing to take a second chance as he figures the many wrongs in his life and tries to make things right.

​This year, on the occasion of Republic day, ZEE5´s favourite stars have taken a special pledge to entertain the audience without discrimination of any kind. Watch singer Shriram Iyer take his pledge.

If you liked these inspirational characters from ZEE5 Malayalam movies, check out the rest of our collection, only on ZEE5.