Postman Episode 3 Written Update: Rajini Learns That Raja Adopted Her From The Streets

In the third episode of Postman, Raja promises Rajini to help her find her real parents before they deliver the letters. 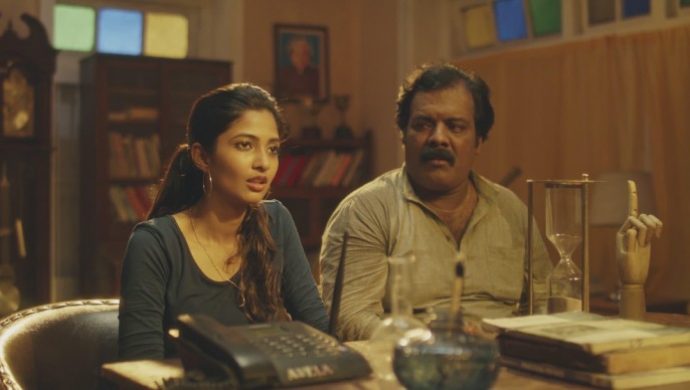 Previously on Postman, a medical student named Rishi writes a suicide note to his parents. Meanwhile, in present-day Chennai, a man in his 40’s is seen abducting night-time security guards and killing them. Raja and Rajini meet Rishi’s mother to deliver the letter that was written 23 years ago and is shocked to hear that Rishi’s roommate was arrested for his murder.

Rishi’s mother along with Raja and Rajini go to meet Santhosh to apologise for their mistakes. The trio is shocked to realise from a news flash that Santhosh is the dreaded serial killer. Santhosh ties them up and tells them how he started killing security guards when he got out of jail. Rajini calls the police and saves everyone from Santhosh who tells them that he will be back.

In the third episode of Postman, in a flashback, a scientist named Isaac is seen working on an experiment while his pregnant wife cries for help. Isaac fails to notice her as he continues with his work. When his wife is admitted to the hospital with the help of her housemaid, her parents decide not to allow Isaac to come back into her life again. Isaac gets to know about him becoming a father but is shocked to learn from a letter that his wife’s parents blamed him for negligence during the pregnancy. The letter also states that his wife does not wish to see him ever again.

In the present day, the father-daughter duo goes to deliver the second letter to Dr. Isaac, but Rajini notices Raja is hesitant about doing so. The second letter is written by Isaac’s wife after delivering the baby but as they deliver the letter, they find out that Isaac is suffering from Dissociative Identity Disorder. Dr. Isaac suffered from this illness after he met with an accident due to the trauma of his wife leaving him. The duo learns his life’s story from a boy who is writing a book about Isaac and his research.

Rajini takes Raja to the hospital and learns from the doctor that he is very weak and how she shouldn’t put stress on him. On their way back home, Raja promises to Rajini that he will help her find her real parents. Who are Rajini’s parents? Stay tuned to find out!

ZEE5 Kids: The Entertainment Destination For Your Little Ones