Harshan lashes out at Avantika as he learns the truth about Sapthathi leaving the engagement. 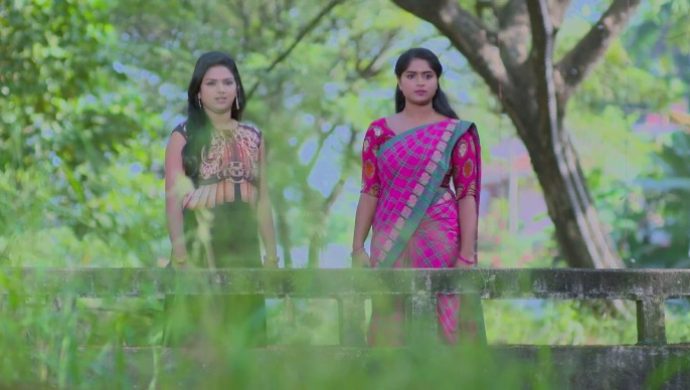 In the earlier episode of Pookkalam Varavayi, Avantika confronts Sapthathi and asks her to give up her boyfriend Harshan. She threatens to make Harshan’s family leave their house and suffer in the streets. She reminds Sapthathi of the past and accuses her of stealing Harshan from her.  She also tells her that she is willing to go to any extent to live with Harshan.

Later on, Sapthathi meets Harshan in the temple and tells him about how it’s better for him to leave her. She refuses to give a reason for her sudden decision and hides the threats from Avantika. As Harshan tells her about his love for her, she starts sobbing and asks him to forget her.

In Abhimanyu’s office, a heated argument takes place between Ashok and Abhimanyu. The latter loses his temper even as his younger brother tells him about his love for him. Ashok asks Abhimanyu to accompany him but the latter denies his requests. Harshan keeps Abhimanyu away from Ashok as he loses his temper and starts lashing out.

During the tussle, Abhimanyu hurts a staff member and the latter spreads rumours about him. Harshan gets scared when the employee gets hospitalised and calls up Sharmila to help with releasing Abhimanyu from the police. He asks her to inform Purushothaman about the incidents so that he can help Abhimanyu.

Sharmila explains the events to Purushothaman and asks for his help. The latter uses the opportunity as a way to make Harshan marry his daughter Avantika.  He explains the reasons for the faulty relationship between the two families. Purushothaman seeks revenge on his daughter’s behalf because she was convicted for an attempt to murder Abhimanyu. Avantika is seen elated as she eavesdrops on the conversation between Sharmila and Purushothaman.

Harshan threatens Sapthathi as he pours kerosene over his head and asks her to provide reasons for leaving him. He is infuriated when he learns about Avantika’s involvement in ruining his engagement to Sapthathi.

Harshan slaps Avantika and Purushothaman intervenes to save his daughter. The argument between them soon evolves into a full-blown fight. Abhimanyu interferes and pushes Purushothaman back to save his brother. Harshan tells the gathered group about Avantika stabbing Abhimanyu during the engagement. Purushothaman mocks Harshan and demeans Sapthathi, which further angers Harshan.