Previously on Pookalam Varavayi Yatheenthran and his family is insulted by Abhimanyu's actions. 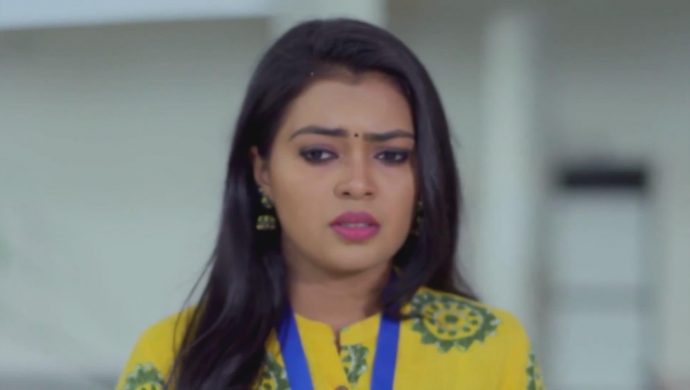 Previously on Pookalam Varavayi, Aromal’s plan to sell his shares of the company shocks Samyuktha. Sharmila calls for Jyothirmayi’s help but the latter gets into a brawl with Parvathy. Rajashekaran apologises to Yatheenthran for their behaviour and warns them of Jyothirmayi’s character.

Samyuktha shares her plight with Piyush who is helpless about Abhimanyu’s situation. During the investor’s meet, Varkey points a gun at Abhimanyu and asks him for his money back. The latter tries to explain his situation and how Aromal has left him with no choice but to sell his company.

Varkey demeans Samyuktha when she offers to help them. The investors agree to give Abhimanyu a second chance to redeem himself and his company. He appreciates Piyush for all the help and asks Samyuktha to learn from him.

Back at Puthanveedu, Sharmilla and Jyothirmayi refuse the pooja offering from Sapthathi and continue to conspire against her. Abhimanyu comes back to Puthanveedu and offers a huge sum as rent to Samyuktha. His actions insult Yatheenthran and Abhimanyu gets into an argument about the same with Samyuktha and Harshan.

Samyuktha gets irritated by Abhimanyu’s actions and presents him with a sum of expenses her family had to make for his parents. Abhimanyu takes his family to a new house after the argument with Samyuktha and Harshan.

Rajashekaran and the rest of the family plan to fix Abhimanyu’s engagement as per the astrologer’s suggestions. The latter agrees to the same but asks Rajashekaran to not invite Aromal’s family for the function.

At Puthanveedu Yatheenthran complains about Purushothaman’s actions and how Avantika schemed against Sapthathi. The family arrives at the ceremony and waits for Nithya to come. Abhimanyu is seen tensed as he waits for Nithya to come for the engagement. He gets irritated as Piyush tells him about the perks of being married and asks him to leave.