Mridula says she was hooked by the boldness and caring nature of the character, Samyuktha. And, getting into her skin has been a challenging task. 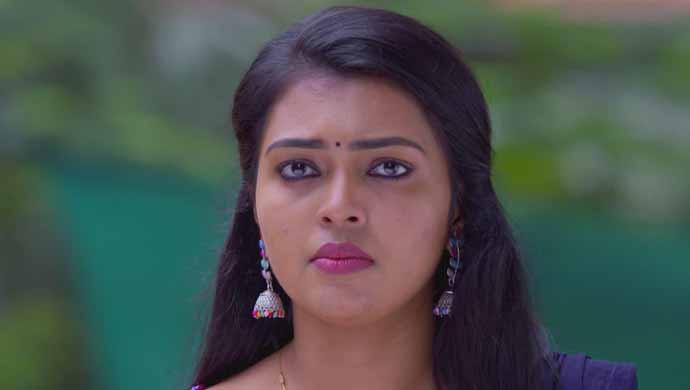 When the role of Samyuktha, the bold and beautiful lead of Pookalam Varavayi , was offered to Mridula Vijai, she was busy enacting Rohini, the soft-spoken, submissive character in the serial, Bharya. In her words, a part of her had become Rohini as she had been living as the character for two years. So, when she heard about Samyuktha, an entirely different role, she was hooked. Deep down, Mridula knew that a quick transformation would be a challenge. But she took the risk and is more than happy to see the feedback. She gets candid about landing the role, becoming the character, audience response and more.

1. What did you find unique about Samyuktha?
Samyuktha comes from a family of four sisters; she is the second one and boldest of all. I was intrigued by her courage to speak her mind despite consequences and her caring nature. Also, the character is appropriate to my age.

2. Did you do any preparation for the character?
Yes, I did. Because I had to adopt this new style. Pookalam Varavayi is the Malayalam remake of Poove Poochoodava. I watched a few episodes of that series to get a hang of the character. And then, I acted in front of the mirror to get my body language right for the character. Like I said, I had to shed the skin of my previous character to get into the new one. First day on the set was tough. Gradually, it became easy.

3. How did you develop Samyuktha’s style statement?
I had to work on that area. Samyuktha wears davani and churidar. One of my costume designer friends helped me initially. She set designs for the character. Now, my mother stitches my costumes. I had to bring tiny changes to hair style as well, like covering the ear with hair. We invested a considerable time and amount on makeup and ornaments. I had to be careful about the lip shades.

4. Tell me about the off-screen rapport you share. Who are your best friends on the sets?
Of all the sets I have been to, this is my favourite. There are many artistes and we are friends. During leisure, we play games like hide and seek and truth or dare. I am close to everyone, but my besties are Rekha chechi (sister), Arathy, Anushree, Reni, Arun chettan (brother) and Niranjan chettan.

5. The serial is visually appealing. What are the locations?
The main location is Thiruvananthapuram. Some of the earlier portions were shot in Vaikom. First few parts, like the promo song, were filmed at scenic locations like Kuttikanam and Munnar for visual delight.

6. How much has your audience loved the character?
They love her. I get a lot of response, especially about costume and style, on Instagram, facebook and YouTube. Above all, I am in love with Samyuktha and every time I eagerly wait for the next schedule. My love for her only increases with time.

7. What is the impact of OTT platforms on film and serial industry? How does it help artistes in landing interesting roles?
It is a fact that the young generation prefers OTT platforms over tele serials. As an actor, I feel that the novel ideas such platforms bring about let artistes explore the unseen side of their skills. The kind of characters we cannot do on television can be done there. More than exposing us to a new world, it will add to our self-image, which I feel is necessary for an actor.

8. How has the TV serial industry changed, especially in terms of female-centric roles?
I feel female oriented characters were in vogue during the older days. Now, both genders are given equal space. Another interesting change is adopting styles from Hindi serials. For instance, stylish picturisation and romantic song sequences. Audience look for that now.

Watch Carbon, The Story Of Sibi Who Goes In Search Of A Treasure