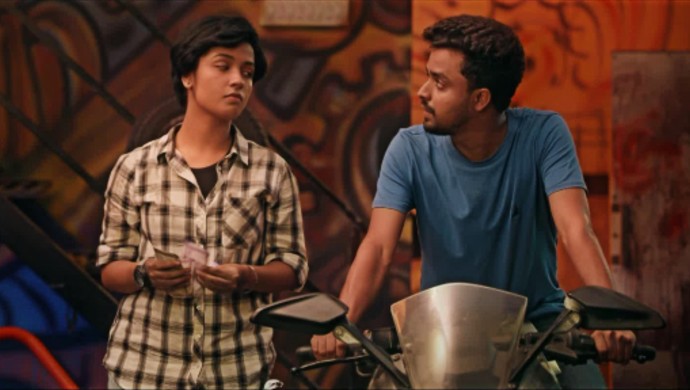 Zee Keralam is launching a new series on November 18 called Sathya Ena Penkutty. This series promises to be different from the usual daily soap affairs. The protagonist, Sathya, is a tomboyish girl who runs her deceased father’s garage. We get a glimpse of the guy she likes, Sudhi, a rich guy who arrives in a big car and seems to be on easy, friendly terms with her. We also have a brief appearance from her sister, who clearly depends on her for extra pocket money.

Watch the promo of Sathya Ena Penkutty and tell us what you think of it.

The story goes that Sathya falls in love with her rich friend, Sudhi. But her happiness is short-lived when she finds out that Sudhi is engaged to her sister, Divya. How Sathya deals with it forms the rest of the plot. Since Sathya is a very unlike most other girls

Don’t forget to log into ZEE5 platform on November 18 to watch the first episode of Sathya Ena Penkutty.