In the third episode of Mrs.Subbalakshmi, Subramaniam gets yelled at by Jhansi for being ignorant of his wife’s needs. 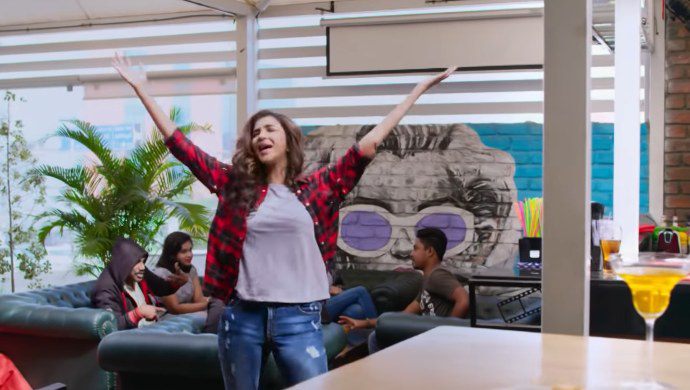 Previously on Mrs. Subbalakshmi, Subramaniam’s son finds Subbalakshmi’s letter on the fridge. Subramanian is shocked to learn from the letter that his wife has left him. While he tries to find her, his secretary is quick to spread the gossip in his office.

Meanwhile, Subbalakshmi takes an oath in the temple to focus on her happiness. She finds her two-wheeler’s tyre punctured and buys an SUV for herself from a nearby car-showroom. Subramaniam is astonished to find that his wife has bought a luxury SUV for herself using his credit card.

Subramaniam with the help of his colleague from work goes to look for his wife at the car showroom. He finds the car dealer who, instead of helping, suggests that he join a support group for men whose wives have left them. Irritated by his comments, Subramaniam leaves the showroom to look for Subbalakshmi at her best friend Jhansi’s house.

Meanwhile, Subbalakshmi goes to a bar but is denied entry due to her looks. She gets a makeover after shopping for clothes and yells at the bouncer for stereotyping women. While she is drinking at the bar, a man tries to approach her.  Subbalakshmi heckles him when she gets to know about his crooked intentions. She declares her freedom from her husband and celebrates her independence by dancing.

Meanwhile, Jhansi yells at Subramaniam for ignoring his wife and tells him that she has left him for good. Jhansi gets angry when she gets to know that Subramaniam had forgotten his wedding anniversary. She suggests that he read Subbalakshmi’s diary before trying to find her. Will Subbalakshmi return home? Stay tuned to find out!

Postman Episode 3 Written Update: Rajini Learns That Raja Adopted Her From The Streets