Looking for some motivation to start another spectacular week? These characters from ZEE5 movies are surely going to inspire you! 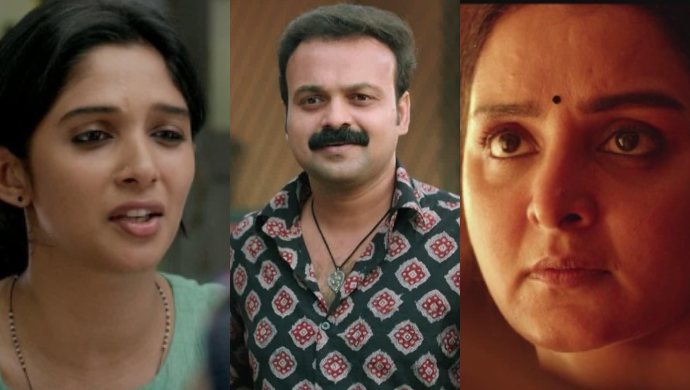 With so many relatable characters and powerful storylines, we all have our secret watchlist of movies that sets the right mood for us. They not only provide meaning for your hustle but also give a much-needed push to start a productive week at work. If you are looking for some effective motivation to begin this week, then check out these inspirational characters from ZEE5 movies!

We all love Nyla Usha for many powerful characters she has portrayed in Malayalam films. If you loved her bold character from her recent hit Porinju Mariam Jose, then do check out Divanjimoola Grandprix on ZEE5. Nyla essays the role of Effymol, a ward member, who is feared by corrupt local politicians for her stern replies and comments on social issues.

Effymol is the breadwinner for her family who also finds time to help her community. Nyla Usha’s character, Effymol is an inspiration for her unconventional style of dealing with problems which makes the movie, a fun watch along with the other supporting characters.

Madhuri portrayed by Manju Warrier in Prathi Poovankozhi is an everyday sales-woman who gets assaulted on a bus by a local goon. Unlike others, she garners the courage to fight against the goon. Even when he is supported by the corrupt system, Madhuri keeps fighting for her justice. Manju Warrier’s phenomenal performance as Madhuri makes Prathi Poovankozhi a must-watch for everyone who’s looking for inspiration.

Asif Ali’s character Anand is criticised by his parents and authorities for his wayward lifestyle and immature decisions. Anand who continues living a laidback lifestyle is met with a tragedy when his close friend gets falsely accused of being a part of a terrorist attack. Anand joins a student’s outrage group to find justice for his friend which makes him learn more about his individual responsibility towards society. B. Tech is an inspirational watch for Asif Ali’s character transformation as Anand in the movie.

Achuthan loses self-respect along with his reputation in the village as people accuse him of a crime. As he prays to Lord Krishna in the temple, he stumbles upon the story of Jaya, a college girl, who falls victim to a man’s harassment. Achuthan finds redemption as he finds happiness in helping Jaya and her family.

As he doesn’t reveal his identity, Jaya’s parents consider his actions to be Lord Krishna’s blessing. Kunchako Boban’s character Achuthan from Thattumpurath Achuthan inspires us to do good for others without expecting anything in return.

#5 Issak Ebrahim From And The Oscar Goes Too…

And The Oscar Goes Too.. portrays the struggles faced by a young filmmaker and the harsh realities of the glamour world. Issak Ebrahim faces financial and societal challenges as he embarks on a journey to make his first film. The plot of the movie is based on Director Salim Ahmed’s real-life story of making his first feature film.

The heart-warming storyline and phenomenal portrayal by Tovino Thomas are sure to leave you teary-eyed and inspired by the end. And The Oscar Goes Too.. is a must-watch for all cinema lovers.

Which movie are you going to watch first? Tell us in the comments below!