Be it Krishnan from Chembarathi or Surya from Kabani, here are some of the best male leads from ZEE Keralam Malayalam shows we all love to watch! 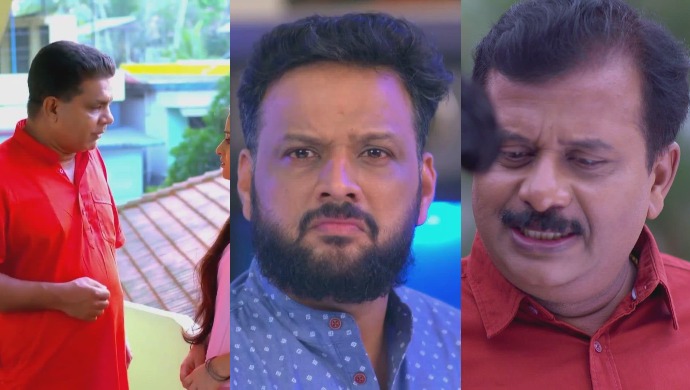 From Krishnan of Chembarathi to Yatheenthran of Pookkalam Varavayi, these characters continue to amaze us with the constant support they give to the female leads on the shows. It’s unimaginable for all of us ZEE Keralam fans to watch an episode of our favourite show without the charismatic presence of these male leads. Here are some of the best male characters from ZEE Keralam Malayalam shows we all love to watch:

Yatheenthran from Pookalam Varavayi has been a supportive figure for Samyuktha and Parvathy in all their decisions concerning Puthanveedu. He is quick to make a decision and is an efficient problem solver. Remember how he invited Abhimanyu and his family to stay with him when Purushothaman asked Sharmilla to leave his house? What sets Yatheenthran apart from the other male leads of the show is that he is an affectionate father figure who is selflessly kind to all. Yatheenthran’s amazing on-screen chemistry with his wife, Parvathy, is another reason to watch him on Pookalam Varavayi.

With his quirky one-liners and memorable scenes from Kabani, Ganeshan continues to steal everyone’s hearts on the show. Ganeshan is willing to get his hands dirty and help the ones in need. Do you guys remember how he offered to play Rakesh’s part when the latter stormed out of the drama rehearsal? He is also an excellent judge of character as he warns Kabani and Padmini of Rambha several times before she showed her true colours.

Sreerama Krishnan aka Krishnan of Chembarathi is the second in command to Akhilandeshwari’s powerful throne as the matriarch. Krishnan with his calm and composed approach to problems is the only character on the show who can correct the all-powerful Akhilandeshwari. He never hesitates to criticise his sons or his wife and is always their go-to person to advice on tricky situations . Even when Akhila’s thoughts go to extremes like thinking of killing herself, Krishnan is quick to remind her that she is overthinking. Unlike the other characters on the show, Krishan is never seen asking for respect. With his kind manners and loving ways, he is respected by the other family members of Thrichambarath.

Surya from Kabani can be considered to be the exact opposite of his wife Menaka who values money more than relationships. Even when she corrupts her daughter Rambha through her evil ways, Surya tries to correct her. He is not scared of Menaka and criticises her whenever he gets an opportunity. Do you guys remember how Surya supported Parvathiyamma’s decision to destroy Rambha’s credit cards? Surya was the first to suspect that Rambha is pretending to have reformed and warns Kabani about the same. Even when his family supports Rishi, Surya offers help to Kabani’s cause to find justice for Manikandan. With his honest and helpful nature, Surya is one of the reasons why Kabani is saved from Rambha’s attacks.

Chembarathi 20 March 2020 Preview: Vilasini Plans To Use Priyanka Against Anand