Previously on Kabani. Rambha brainwashes Devaranjini and conspires against Kabani. 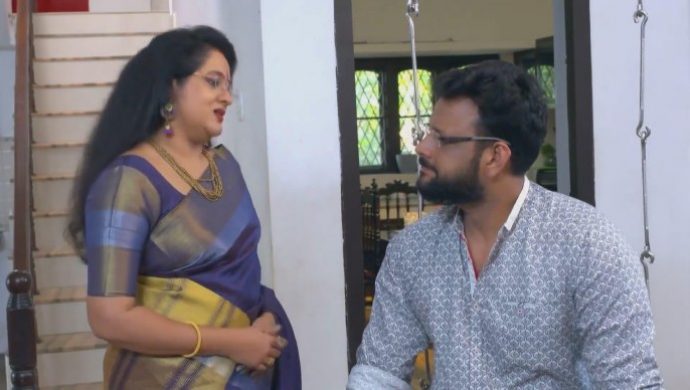 Previously on Kabani, Menaka mocks Surya for trying to help Kabani bring justice for Manikandan. The police officer asks Rishi to pray for Manikandan’s safety at the hospital so that he can get bail.

Meanwhile, Kabani confronts Rambha at the hospital and asks about her intentions. The latter tells Kabani that it is her time to win and she will be outcasted from Indrapuri. Meanwhile, Varun asks Devaranjini to stop scheming for vengeance and tries to find a way to get Rishi’s bail.

Back at the hospital, Kabani explains to Manikandan’s parents about her affection for him. Ganeshan and Kabani are disheartened when the doctor tells them that Manikandan will indefinitely stay in a state of coma.

Rambha continues to discuss with Rakesh about their next move against Kabani. She tells them about how Menaka raised her to be cunning and fearless in her moves. Meanwhile, Kabani and Ganeshan try to console Manikandan’s parents as they start crying when they hear about his condition.

Kabani goes to the police station to give her witness report against Rishi and explains how it’s impossible for her to ignore the culprits behind Manikandan’s situation. Kabani argues with Devaranjini as she tries to save Rishi and states how she will continue to fight for Manikandan.

Elsewhere, Rambha tries to brainwash Devaranjini by telling her that Kabani will take revenge on Rishi if he is set free. Later on, Rambha comes to Indrapuri to enquire about the bail proceedings for Rishi. She tries to befriend Nitya and apologises for her actions in the past.

Surya questions Rambha for trying to help Rishi. Menaka comes to support Rambha and tells Surya that she also wishes to save Rishi. After a fierce argument with the police officer, Devaranjini’s lawyer gets bail for Rishi.

As they come out of the police station, they face Kabani leading several students to protest against freeing Rishi. Rambha tells the crowd what happened to Manikandan and that it was a part of Kabani’s conspiracy to win Rishi’s heart.

Kabani tells the group gathered that she will continue to fight for justice even if no one is supporting her cause. When Rishi gets back home, Nitya asks him whether he has started hating Kabani for what she did. Sanjana explains to Nitya that he must be disheartened, when Rishi leaves without a reply.

Menaka tells Surya, it was her plan that Rambha followed and will continue to do the same until Kabani’s life is ruined. Rambha confronts Kabani to tell her about her plans for Indrapuri and Rishi. The latter replies that their fight has just begun and asks her to wait for her to retort. Kabani meets Padmini and motivates her to stay true until they win the legal battle for Manikandan.

Women's Day Special: Surprise The Woman In Your Life With These Tasty Recipes From ZEE5