Kabani Special: Who Is Radhika And Why Is She Hiding From Menaka?

Many of us have wondered why Radhika is hiding from Menaka. Find out why! 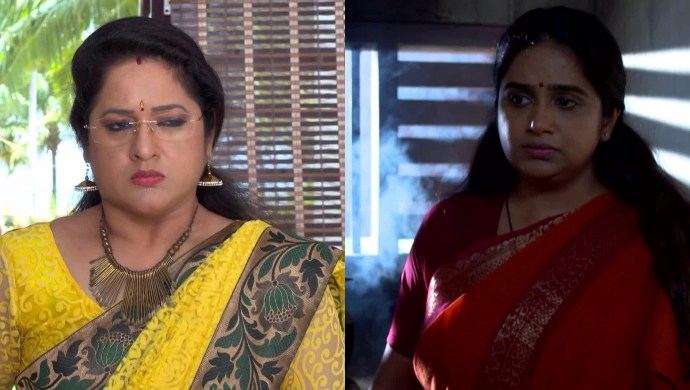 Kabani has been one of our favourite ZEE5 Malayalam shows with vibrant characters like Rishi, Devaranjini, Padmini and Menaka. Kabani’s mother Radhika, who recently got kidnapped by Menaka raises many questions among Kabani fans as she continues to hide. To those of you who don’t know the story behind Menaka’s enmity towards Radhika, check out our answers to several doubts concerning Radhika.

In the earlier episodes of Kabani, it was revealed that Rambha’s father Surya had married once before his marriage with Menaka. Urvashi and Menaka decide to kill his first wife and his daughter from that relationship so that they can have his assets for themselves.

Paravthiyamma helps Radhika and her daughter escape from Menaka when she figures out her plan. When Kabani tells Radhika about her scholarship to study in the city, Radhika is unwilling to let her go because of the same reason. In the recent episode of Kabani, Menaka hires her goons to find and kill Radhika, but she is still unaware of the fact that her daughter Rambha’s friend Kabani is Radhika’s daughter.

Why does Menaka hate Radhika?

When Menaka kidnaps Radhika, she asks her for her daughter’s whereabouts as she is still not aware of the fact that Kabani is actually Surya’s daughter. Thus, the storyline makes Kabani and Rambha sisters, making her the true successor to Surya’s wealth. When Menaka finds out that Radhika is in the city, she suspects that she is back for Surya and his assets.

Menaka hurts Radhika when she kidnaps her because she fears that her return is actually for Surya’s assets. The interesting part of the story arch is that Parvathiyamma is willing to give away all of her family’s wealth to Surya’s first wife and his daughter as she is aware of Menaka’s evil actions. When will Surya know that Kabani is his daughter? What plan will Menaka hatch to kill Radhika? Stay tuned to find out!