Rambha continues to pretend to be reformed from her old ways. Is there a hidden agenda behind her sudden transformation? Read to find out! 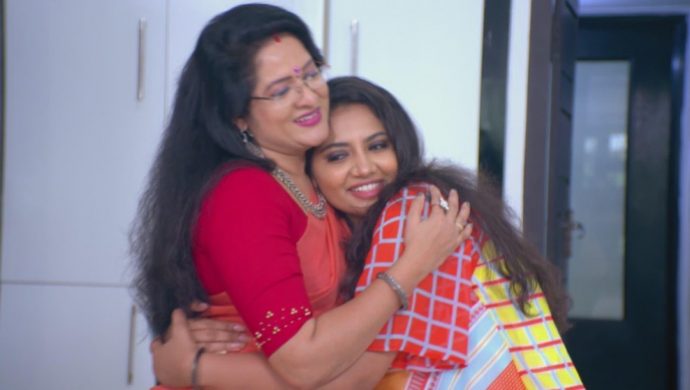 It is impossible to watch Kabani without coming across the ambitious Rambha and her many tactics to win Rishi’s heart. Even with Nitya and Sanjana opposing her approaches, Rambha persists in her plans to win Rishi. From the evil Rambha who constantly made plans to hurt Kabani and betrayed the family, she is now pretending to be a reformed soul after her long pilgrimage.

Missed out  on the latest episode of Kabani? Watch it here:

Rambha’s sudden transformation has left all the other characters suspicious of her intentions, along with the viewers of the show. Here are the interesting events that unfurled as a result of Rambha’s transformation:

Sanjana’s suspicions: Rambha’s first chance at redemption was when she was offered the lead role along with Rishi in the college play. Sanjana gets angry at Rambha as soon as she comes for the play’s practice. She asks her to mend her ways and reveal her true motives before entering the house. Rambha is surprisingly passive to the latter’s comments and apologises for her actions in the past. Like many of the viewers even Sanjana figures that it is highly unlikely of Rambha to apologise and starts suspecting her for her next evil move.

Pavithran’s betrayal: Like Sanjana and Nitya, it was very natural for the viewers also to suspect Rambha for sabotaging the play. Rishi was infuriated along with the other characters when he got to know of another college troupe performing a similar play. But to everyone’s surprise, Pappanivattam Pavithran revealed that it was his student who made a similar script thus making him betray the group. Rambha’s hidden motives were revealed when Menaka appreciates her for her execution of the plan that turned the troupe against Pavithran. We were all surprised when it was revealed that it was Rambha who leaked the script thus leaving Kabani’s troupe without a play. Even after the many warnings from Parvathiyamma, it is interesting to note that Menaka is still conspiring against Kabani.

Kabani’s resilience: Even with her drama group left without a play, Kabani has faith in Pappanivattam Pavithran. He promises to teach the group another play, as they are unaware of Rambha’s involvement. What will be Rambha’s plan now to ruin the second play? What will be Kabani’s reaction when she learns about Rambha’s secret agenda? Stay tuned to find out!