Ira Actress Miya George confirms the news of her engagement to Ashwin Philip by sharing a picture on social media. Scroll down to see the picture. 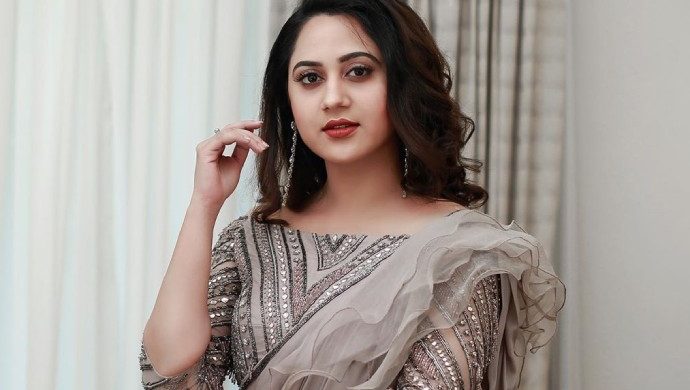 Ira actress Miya George is all set to get hitched! Yes, you read it right. Miya confirmed the news about her engagement to Ashwin Philip with a photo on her Instagram feed. In a small ceremony, Miya exchanged rings with Ashwin Philip on June 2, 2020, in the presence of close family members in Kottayam, Kerala. The actress made her debut in the Malayalam film industry in 2012 with movies like Oru Small Family and Doctor Love.

The pictures from her engagement ceremony were trending on social media today even before Miya’s confirmation of the news. Later, Miya shared an image with her fiance Ashwin on her official Instagram handle to confirm the news. Ashwin Philip is the owner of a construction company in Kottayam and has been in the business industry for a long time.  Miya captioned the picture as ‘Thanks for all the Love and Prayers ‘.

See the picture posted by Miya on her Instagram here:

Thanks for all the Love & prayers ❤ Costume designed by @labelmdesigners @anureshma_

Miya’s film, Ira tells the story of officer Rajeev who investigates the murder of a politician. The case leads Rajeev to Vaigha essayed by Miya George, who is in disguise to help the tribal families. Rajeev finds the murdered politician’s corrupt dealings with a pharmaceutical company with the help of Vaigha. The movie also features Gokul Suresh, Unni Mukundan, and Lena in lead roles.