Tovino Thomas is getting the right attention with his raw, intense looks. Check it out. 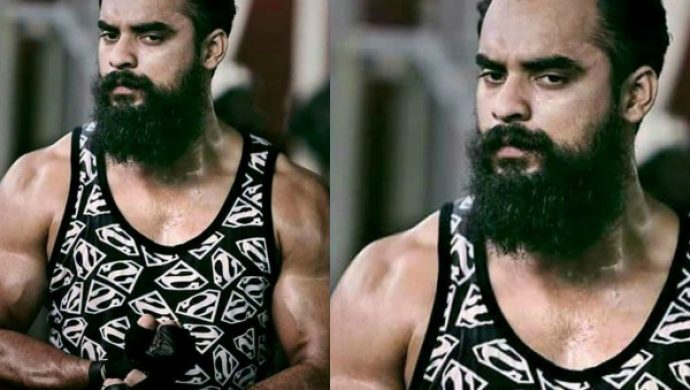 In recent years Tovino Thomas has proved that he is what defines ‘self-made’ in an Industry where stardom is more dynastic than talent. The 30 year old actor even with less than a 100 films to his name has made a name for himself, with his distinct style and powerful performances. The actor is deemed to be the next superstar in the making by many. Being the best ingredient Malayalam film makers can go for, Tovino surpasses many with his talent in playing renegade characters with ease.

The actor got his big break with a role in Prabhuvinte Makkal (2012) and has been a part of every notable cinematic wonder since then. His performance in ‘And the Oscar Goes To..” is notable in terms of his versatility in handling characters. The movie gives us a closer watch on the struggles film makers face in the industry and Tovino does a mesmerizing performance in portraying what it takes to make it big.

Another wish come true! When someone aspires to be an actor, receiving awards is naturally a part of that dream. But even in those private dreamy moments, I didn't imagine myself taking home an international award! Salim Ahmad's 'And The Oskar Goes To' wins multiple awards at the Alberta Film Festival 2019 – Canada, honouring me with the Best Actor title. This goes beyond imaginations! Truly honoured and thankful. Can't thank Salimkka enough for entrusting me with this role – it has realised much more than a dream for me. The film has also won the Best Film, Best Director and Best Supporting Actress awards. Congrats to all the winners and everyone who was part of the film. Feeling really proud of Malayalam cinema going places and to be a part of it. @salimahamedtp__d @nikkihallows @ambatmadhu @anu_sithara @actor.sidhique @lal_director #sreenivasan # @sarath_appani @dineshprabhakar_ #vijayaraghavan

The beard adds more to the boyish charms of the actor.

More from the series!! @flying_asplif_ photography!!!

The rugged bearded look seems to be the actor’s favorite. It’s our favorite too.

Sa Re Ga Ma Pa Keralam Judge Shaan Rahman’s Pics With His Son Is The Cutest Thing Ever!