Swathi tells Vikram about Krishna who meets her to discuss his sleep paralysis problem Why is Krishna experiencing frequent nightmares? 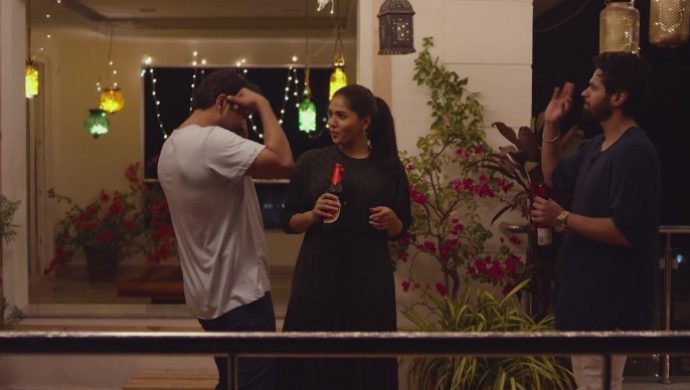 Previously on High Priestess, Swathi takes Vikram to a funeral where they experience strange happenings. She tells him about Ram and Vaishnavi’s missing child Abhinav when he asks her about the funeral. Swathi tells Vikram that the funeral was for a haunted washing machine and a doll to find Abhinav who was taken by it. She tells him the story of a little girl who had died in the washing machine while playing. As the young girl’s spirit finds peace after the funeral, Ram and Vaishnavi are relieved to find Abhinav playing in his room.

In the seventh episode of High Priestess, a young man named Krishna shows up at Swathi’s house with a problem. Krishna tells her that he is having nightmares about his friend named Radhika and that he is scared to even sleep peacefully. Swathi tells him that he is having sleep paralysis and informs him that everyone experiences such dreams.

When Vikram asks Swathi about the visitor, she narrates Krishna’s story. Krishna, Varun, and Radhika who are childhood friends. During their college,  they were celebrating Krishna’s birthday. At the party, Varun notices that Radhika is attracted to Krishna. Varun who is jealous of the same tells Radhika that she is too drunk and takes her home.

The next day, Krishna is attacked by several men and is shocked to learn that they were sent by his friend Varun. Krishna learns about Varun’s love for Radhika when the latter asks him to stay away from her. Krishna then goes abroad for higher studies spends several years outside the country without contacting Varun who marries Radhika. When he returns to India, he goes to meet his two friends at their house for a party.

Krishna notices that Radhika is now a drug addict and learns from her that Varun physically abuses her because of his possessive nature. Varun gets into a fight with Krishna and throws him out of his house during the party. Later on, Radhika calls Krishna and tells him how she would have waited for him if she had known that he was coming back. Varun notices Radhika talking to Krishna and starts hurting her again.

Krishna who passes out drunk at his house wakes up late at night to see Radhika at his house. He gets scared when he notices a scar on her neck. When he sees several of Radhika’s missed calls on his phone, he calls her back only to learn from Varun that she committed suicide. Four months later, to Krishna’s shock, he gets a call from Radhika. Is Radhika alive? Stay tuned to find out!