Ram & Vaishnavi move into their new apartment with their son Abhinav. One fine day Abhinav goes missing. How will Swathi solve this case? 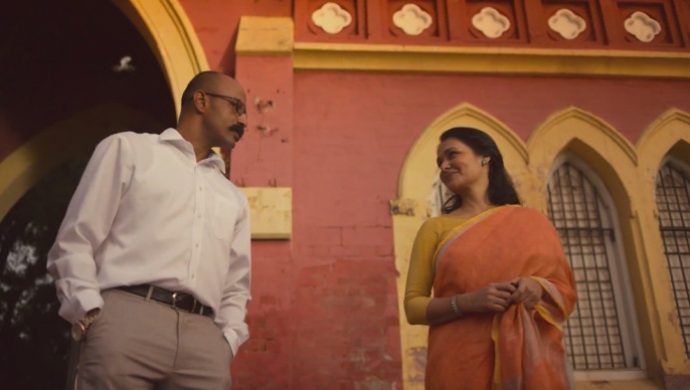 Previously on High Priestess, Swathi tells Vikram about a lawyer named Prasad who had some odd paranormal experiences with a coconut. She noticed that Prasad had helped a man get away with the murder of an innocent woman named Devaki, who was branded a witch and burnt alive by her brother. Prasad reopens the case and gets Devaki’s brother arrested for his crime. Devaki’s daughter gets adopted by another family which gives relief to her tormented spirit.

In the sixth episode of High Priestess, Swathi’s daughter Sneha meets Vikram and asks him about her mother during their college days. After their conversation, she goes to a friend’s birthday party. Swathi asks Vikram if he wants to accompany her to a cemetery to see a funeral. As they reach, the funeral rites end but a storm envelops them with ravens flying around them. Vikram who is amused by the happenings asks Swathi about the reason behind such a storm.

Swathi begins to tell Vikram another story of a young couple named Ram and Vaishnavi who recently shifted from Bangalore to an apartment. As they move in, their little boy Abhinav finds a doll and notices something unusual about their washing machine. He complains to Vaishnavi about his missing clothes and the unusual experiences in the apartment. As Vaishnavi doesn’t believe him, Abhinav goes inside the washing machine to find his missing clothes.