Swathi & Vikram reminisce their old days as they look at photographs of their short-lived marriage. She narrates a story of Devki who haunts a lawyer. 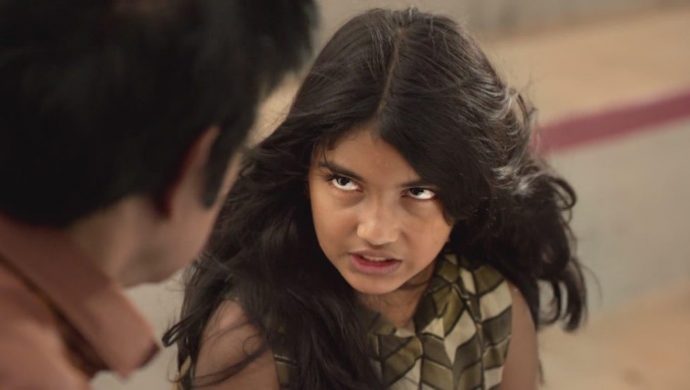 Previously on High Priestess, Swathi and Vikram recall their college days. Swathi remembers her first case with their mutual friend Siddharth who was experiencing hauntings at 12:15 every day. She finds out that Siddharth had killed a transgender woman in an accident and he was being haunted by the spirit yearning for vengeance. Siddharth gives himself up to the cops and adopts the woman’s daughter after he is released from jail.

In the fifth episode of High Priestess, Swathi starts crying as she holds Vikram’s hand. The latter tells her that what she felt from his hand is the emptiness he feels as he is alone in this world. Vikram also tells her how he wasn’t able to live with her after their secret marriage in college as his father had vowed for him to marry someone else. When Swathi takes out a box of old photographs, Vikram gets emotional and tells her that he had to marry his dad’s business partner’s daughter.

Vikram finds a coconut on the floor while they are looking at the photographs and asks Swathi about it. She tells him the story of Prasad, a lawyer who saved a man named Jagadish who was accused of killing his sister Devaki. The judge proves Jagadish innocent based on witness accounts that said Devaki was practising witchcraft with her daughter. When Prasad returns home after the case, he steps on a pooja coconut accidentally.

He gets scared when he starts experiencing hauntings as the coconut starts appearing everywhere. Prasad goes and seeks Swathi’s help. She finds out that Devaki was burnt alive by her brother Jagadish who didn’t want to share his property with her. Swathi also reveals Jagadish accused Devaki of practising witchcraft and burnt her to death after tying her to a tree. After discovering the truth, Prasad decides to reopen the case.

Swathi tells Vikram about how Prasad wins justice for the Devaki’s spirit after he reopens the case. She talks to Devaki’s spirit and asks her to be at peace as she was served the justice she wanted. Devaki’s daughter also gets adopted by a beautiful family from the orphanage. When Swathi’s daughter Sneha gets back from school, she finds Vikram talking to her mother and goes to meet him. She feels something odd about Vikram when he shakes her hand. What will happen next? Stay tuned to find out!