Swathi tells Vikram about Siddharth who was her first client. Siddharth was haunted by the number 12/15. What could be the reason behind it? 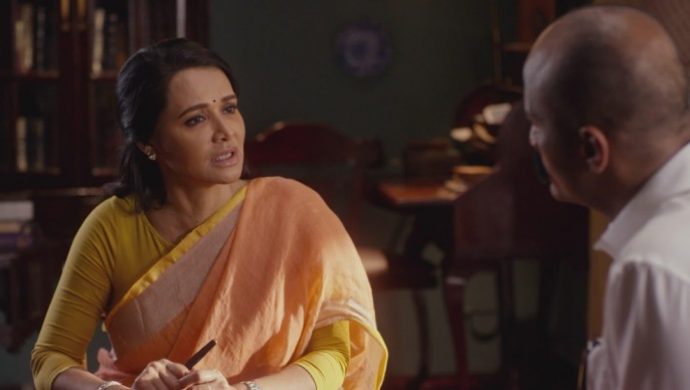 Previously on High Priestess, Swathi tells Vikram about the possessed doll and how it haunted Ruby. Ruby uses the doll’s powers to enchant her husband but is shocked to learn that an ancient demonic spirit is haunting her daughter. She goes to meet Swathi for help. When Swathi experiences hauntings at her house as well she hands over the doll to a priest, who dies during the exorcism.

In the fourth episode of High Priestess, Vikram and Swathi reminisce their days in college together. She tells him about Siddharth their classmate who was her first client. Siddharth made her realise her powers to understand the supernatural. Vikram recalls how Siddharth was haunted by a number 12/15 in college and asks Swathi about him.

She tells Vikram about how Siddharth told her about experiencing haunting by a transgender at 12:15 every night. Swathi is quick to ask him if he had met with an accident recently to pinpoint the reason for these experiences. Siddharth initially denies but recalls of a trip to Goa he had gone with his friends. He calls up his friend and is shocked to know that while driving he accidentally hit a transgender with his car.

Swathi, with the help of hypnotism, takes him to his past where that accident happened and makes him repent on his mistakes. She and Siddharth learn that it was 12:15 in the afternoon when the transgender woman was taking her girl child to school when the accident took place. Siddharth takes the blame for the accident and surrenders to the police so that he can give justice to the spirit haunting him.

Swathi tells Vikram how Siddharth after finishing his imprisonment started an NGO to help transgenders and adopted the little girl from the story. Vikram notices her chewing on the pen after writing and takes her hand as he used to in college after telling her that it is a bad habit. As he touches her hand Swathi feels an unusual sensation. What will happen in the next episode? Stay tuned to find out!