There is good news for fans of Vijay, Vishnu Unnikrishnan, Saikumar. ZEE5 brings you Premium Malayalam Movies from these entertainers absolutely free 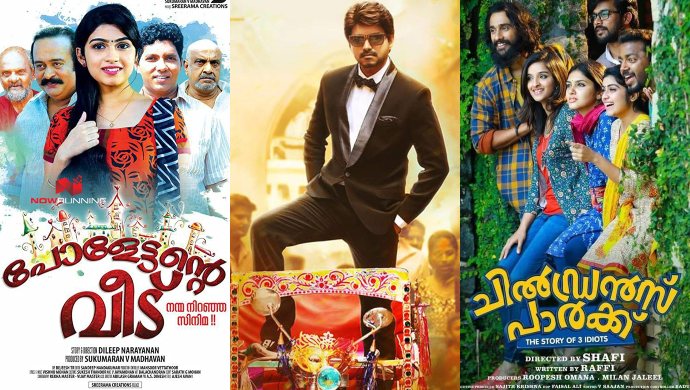 Trying to figure out what to watch next when you stay indoors? Check out this list of premium ZEE5 Malayalam movies that you can now watch for free during the lockdown. From action thrillers to comedy dramas, ZEE5 presents you with the best Malayalam films to watch while you stay indoors.

Directed by new-comer Dileep Narayanan ‘Paulettante Veedu’ tells the story of Paulettan, who is a rich businessman but called a miser by his family and friends. Featuring veteran actor Saikumar in the lead, the movie captures a heart-warming tale of love and innocent families in a village. If you love a comedy movie with a lot to laugh about, Paulettante Veedu is the right choice for you.

Children’s Park featuring Dhruvan, Vishnu Unnikrishnan and Sharafudheen in lead roles, marked hitmaker Shafi’s return to the industry. The story develops as the three friends reopen an institution and find themselves entangled in a conspiracy. The one-liners from Vishnu Unnikrishnan- Sharafudheen duo and the back to back comedy scenes in the movie make it a perfect watch to enjoy with your family.

Directed by Boban Samuel, Vishnu Unnikrishnan movie Vikadakumaran tells the story of an underrated advocate Binu Sebastian, who’s life turns around when he comes across a sensational case. With memorable one-liners from Vishnu Unnikrishnan, the movie also features rib-tickling comedy scenes from Dharmajan Boulgatty. With perfectly balanced comedy, romance, and suspense, Vikadakumaran is an all-round entertainer to watch.

Who doesn’t love an action thriller from Superstar Vijay? The mass super hit action thriller from 2017 tells the story of a debt collector who ends up fighting a hard-core criminal who makes money from corrupting the field of education. If you love Vijay flicks, the movie featuring hit music numbers, enthralling action sequences and dance moves from the actor is a must-watch!