Here’s Why You Need To Watch Mammootty Starrer Madhura Raja

Starring Mammootty, this Vysakh-directorial is a perfect blend of action and humour. 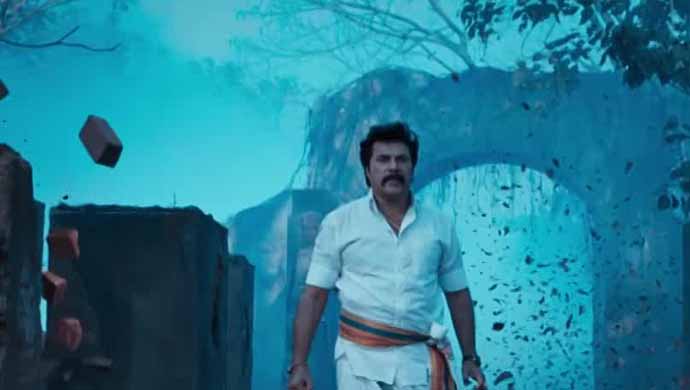 Looking for a movie to beat your stress? Then, log on to ZEE5 and watch Mammootty starrer Madhura Raja streaming on the platform. Directed by Vysakh, the movie was released earlier this year in April to great response. The superstar plays the titular character. The story revolves around how he confronts Nadeshan, an illegal local brewer who creates trouble in Pambinthuruthu. This action-comedy drama starring Mammootty, Jai, Jagapathy Babu and Anusree will make you feel thrilled and relaxed.

Let’s find out the five reasons to watch Madhura Raja:

The name itself is a guarantee to watch a film. In a career that spans over four decades, Padmashri Mammootty has appeared in numerous films. Although he began his cinematic journey doing character roles, he soon rose to hero status. The 1980s a.k.a the golden era of Malayalam movies, marked his rise to stardom.

Jai’s Malayalam debut:
The movie marked the Malayalam debut of Tamil actor Jai who appears as a crucial character, Chinnan. His entry brings a twist in the story.

Sunny Leone’s cameo:
The movie has popular Bollywood and former adult star’s sizzling dance performance. She did a special song Moha Mundiri along with Mammootty in the movie which fetched good response. The peppy number was composed by Gopi Sundar and sung by Sithara Krishnakumar

Sequel of Pookiri Raja:
The character Raja first appeared in the movie Pokkiri Raja, released in 2010. Directed by Vysakh, it featured Mammotty, Prithviraj Sukumaran and Shriya Saran in lead roles. The movie was a box office hit and movie buffs hailed Raja.

Action and humor:
Madhura raja is a perfect mix of action and humor. Mammooty delivers a massive action performance. If you are a fan of such genres, you won’t be disappointed.

For more such entertainments, watch An International Local Story, another comedy film, streaming on ZEE5