Our beloved Kabani is not just an actress, but follows another profession too. Read on to find out what it is. 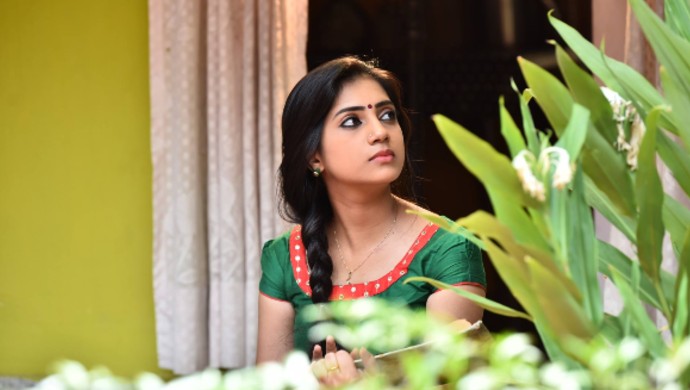 By now, most of you must be familiar with the titular character of Kabani. Played by actress Gopika Anil, Kabani is the story of a young village girl from a poor family who comes to the big city on a kabbadi scholarship. There she runs into her half sister Rambha. Kabani’s subsequent struggles to succeed form the rest of the story. And Gopika Anil has received a lot of praise for her work in the series. But did you know that there is more to the actress than being the lead actor of this series? Read on to find out five interesting facts about Gopika.

Missed watching the latest episode of Kabani? You can watch it here. Scroll below to read the rest of the story.

Gopika is studying to be an Ayurvedic doctor. That’s right! The Kozhikode-based actress has finished her Bachelor of Ayurvedic Medicine and Surgery (BAMS) and is now looking to pursue her post graduation in the same field.

The actress who plays Kabani’s sidekick Padmini is Gopika’s own sister, Keerthana Anil. This makes the whole shooting schedule seem like a fun trip, confessed Gopika in a recent interview. Thanks to working together all the time, the two sisters are now more like friends despite their age difference.

💞A sister is the closest person for you, her birthday is a special day when she made your life complete and happy. 💞 On your special day I wish you only smiles and joy. 😊 May each minute of your life be filled with happiness and may this birthday be just perfect for you! My wonderful sister, you are only one in this entire world and I couldn't find another great sister like you anywhere. Happy Birthday.😘😊😍 @gops_gopikaa

Gopika is a child actress. She starred in her first film, Shyaam, in 2002 even before the age of 5.

Kabani is Gopika’s second acting venture with her sister. Very few people know that both Gopika and her sister Keerthana acted in Balettan. Remember Mohanlal’s two cute daughters in the movie? Yep, that was Gopika and Keerthana.