Five Sensational Movie Dialogues That Will Stay In Our Hearts Forever

From Carbon to Hey Jude, here are the best one-liners from ZEE5 Malayalam movies that you will remember forever. Don’t miss! 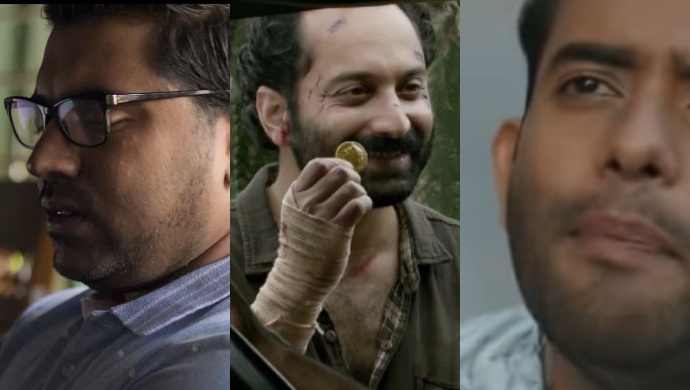 There are movies that makes us wait for our favourite scene every time we re-watch it. It can be anything from a romantic song sequence to that last one liner after the enthralling climax fight scene. Here are #5 such sensational dialogues from ZEE5 movies that are going to make you hit the replay button again:

Missed out on Tovino Thomas starrer Kalki? Watch it here:

#1 Carbon: Fahad Faasil’s brilliant portrayal of Sibi in the 2018 thriller movie Carbon directed by Venu garnered a lot of applause. The mesmerising visuals and the solo treasure hunt in the end is adds up to one of the momenta in Malayalam cinema. Close to the climax of the movie, Sibi is seen lost in the jungle. He starts experiencing illusions about the treasure during a song sequence. After a sudden black out Sibi is seen alone on a cross road hitchhiking a ride to the nearest town. As the driver asks for money, he pulls out a gold coin from his pocket asking ‘Ithu Edukkumo’ (Would you take this?) and smiles. The cliff hanger in the climax in Carbon left all of us viewers surprised and shocked, making the movie a mystic tale of adventure and greed.

#2 Madhura Raja: The 2019 Mammootty starrer Madhura Raja came out as a blessing for all Raja fans as it was a sequel to the earlier Pokkiri Raja. Raja’s dialogues were celebrated all over the state for its mass appeal. Many were looking forward to Mammootty repeating the same dialogue and it was positioned right before the climax. ‘Rajayum Rajayude Pillerum Strong aanu, double strong alla, triple strong’ (Raja and his team is strong! Triple Strong!) the dialogue left the audience with goose bumps and the fight scene that followed was one of the best ever in Malayalam movie history.

#3 Hey Jude: The heart-warming climax sequence when Jude consoles his sister is one of the best scenes from the movie. Jude consoles her as he sits next to her and tells her about how Gilroy could only take the money. When Jude says ‘Cash Maathram alle poyollu’ as his sister starts crying, the audience is introduced to the deeper meaning of his words. As the siblings were raised by a money greedy father, with the sudden turn of events they are introduced to a new-found wave of emotions.

#4 Kalki: The quick changes in Nenchankotta after Tovino Thomas’s Inspector K arrives were too hard on the corrupted politicians and the goons. With so many mass dialouges to select from ‘ee mythri ini ivde venda, Police station, athumathi’ (we don’t need the friendly in police station anymore) seems to be the best one that resonated with the movie’s story. As the people-friendly police station gets corrupted by the local goons, Tovino’s character goes old school and fights them off to restore rule of law.

#5 BTech: The amazing character transformation of Aazad in the movie BTech takes place when the youngest member in the gang is asked to answer a pop culture related question to get free passes for a party. As the whole gang is left confused Aazad proudly declares ‘Kashmir, from Led Zeppelin’ (reference to the famous English rock band), getting the answer right. Till then Aazad was introduced as a village lad without any knowledge of the urban culture and pop lingua. The moment of recognition for Aazad left the audience and his fellow characters in wonder.

Which is your favourite dialouge from ZEE5 Malayalam movies? Comment your thoughts below!