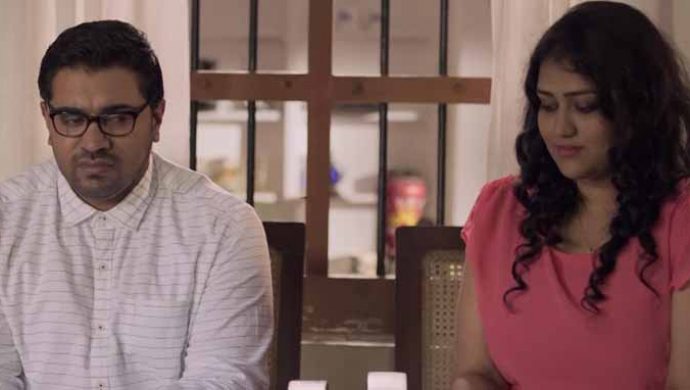 Directed by national award-winning director Shyamaprasad, Hey Jude is a romantic drama that touches upon socially relevant issues. The movie revolves around Jude, a man diagnosed with Asperger’s Syndrome, played by Nivin Pauly, and the different issues that he comes across in his life. This film won three awards in the 48th Kerala State Film awards and is a happy tear-jerker.

Here is the trailer of Hey Jude.

In this post, we list out three reasons why this movie won an award and also why you should be watching this movie.

Nivin-Trisha combination:
Nivin is one of the most bankable actors in Malayalam. Having begun his career with Malarvadi Arts Club, he became popular due to movies like Neram, Thattathin Marayathu and Premam. But, Hey Jude is different from his previous portrayals – which were usually rom-coms. In this movie, he delivers an impressive performance as an introvert, who is a genius in mathematics and oceanography. Trisha, whose character has bipolar disorder, is another highlight of the movie. Hey Jude also marks Trisha’s debut to Mollywood.

Subject it deals with:
Hey Jude dwells upon the lives of people with Asperger’s Syndrome who are often sidelined by the mainstream society. The movie delves deep into the characters’ emotions, telling us that this world belongs to them, too.

Costume:
Another highlight of the movie are the costumes designed by Sakhi Elsa. As highly individualised characters, both the protagonists in the movie have their own special interests. In Hey Jude, Nivin is obsessed with sea and its creatures. It was Sakhi’s meticulously crafted costumes for Nivin featuring an underlying marine theme that won her the state award for Best Costume.

Besides these top three reasons, the movie itself is visually appealing. Cinematographer Girish Gangadharan has beautifully captured the moods of Goa. In fact, Hey Jude shows a different shade of Goa, a tad removed from the usual portrayal in movies. That’s actually four reasons to watch this movie, eh?

Ente Mezhuthiri Athazhangal Starring Anoop Menon And Miya Revolves Around Chef Sanjay, Who Falls In Love With The Candle Designer Anjali. However, To Anjali He Is Just A Friend. What Will Happen To Them?