A feel good movie, it is set in a village, and the story revolves around a temple. 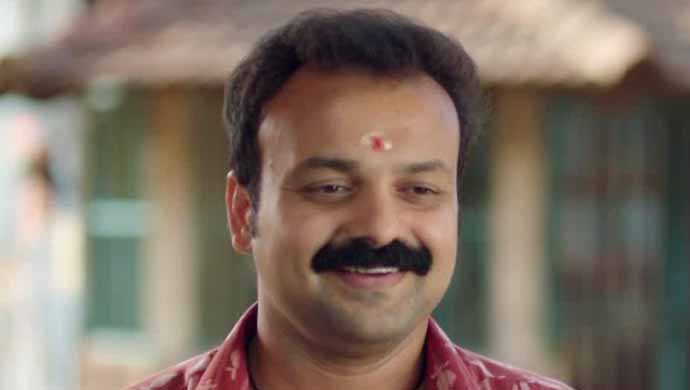 Starring Kunchako Boban, the ever-charming hero, Thattumpurathu Achuthan is set against a rural background and narrates a simple story revolving around a temple. Achuthan, played by Kunchako, works in the temple. One day, he receives a letter from the temple’s offerings box. Achuthan sets out on a mission to solve the issue hinted at in the letter. Directed by Lal Jose, the movie has Sravana, Kalabhavan Shajon, Hareesh Kanaran and Johny Anthony in other significant roles.

Kunchako Boban:
The ever so charming actor, who started his career with Aniyathipravu, appears as the good guy Achuthan. Performance wise, he has nailed it as the villager who is also a devotee of Lord Krishna. The icing on the cake here is his romance with Jayalakshmi a.k.a Jaya, essayed by Sravana.

Lal Jose:
The director is known for setting his movies in villages. His hit movie, Meesha Madhavan, is an example. In Thattumpurathu Achuthan too, he depicted a similarly rural background to narrate a thrilling story.

Landscape:
Are you a fan of the movies of 90s? The background of Thattumpurath Achuthan will make you nostalgic about that period. Its background resembles such settings.

A feel-good film:
This is the kind of movie you can watch during your free time with your family. There is romance, drama, thrill and, above all, comedy. With Hareesh Kanaran, the high lord of comedy himself featuring in this movie, what else do you need?

Sravana’s debut:
This is actress Sravana’s debut movie. However, it wasn’t just her debut. Sravana’s brother Darshan too forayed into the industry with the movie.

Richard's Varkala Photos Will Make You Wish For A Beach Vacation