Find Out What Your Favourite Telly Stars From Alliyambal Are Doing Now!

Missing Alli and Devan’s romance on Alliyambal? Scroll down to know more what are they up to nowadays! 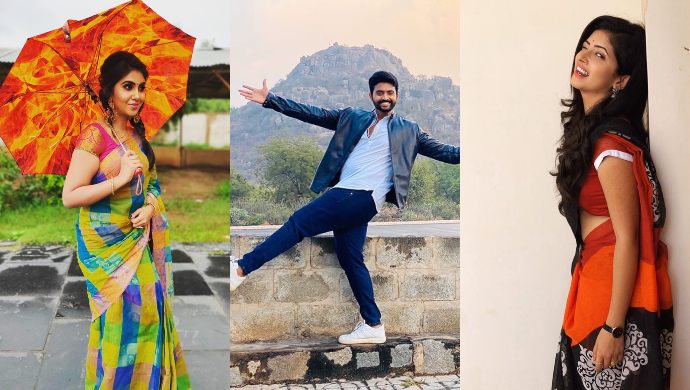 Jai Dhanush and Pallavi Gowda hold a special place in all of our hearts for being one of the best romantic couples on TV by being Alli and Devan on Alliyambal. This unique show from ZEE Keralam tells the story of Alli, a confident, independent teacher from a village and Devan a martial arts expert. The plot develops as both individuals overcome several obstacles and finally marry each other.

Pallavi Gowda, Jai Dhanush and several others from Alliyambal have given us several memories to cherish and enjoy. Ever wondered what are doing now? Let’s take a sneak peek into their lives and find out what they are doing currently.

Watch the latest episode of Alliyambal here on ZEE5:

Jai Dhanush aka Alli’s Devan from Alliyambal continues to be active on TV screens with another superhit show on ZEE Telugu called No.1 Kodalu. Jai who played a martial arts expert in Alliyambal takes the avatar of a young hero named Rahul, son of an educationist Vagdevi played by Sudha Chandran.

Pallavi Gowda has also been active on TV after Alliyambal with her new serial Sevanthi. The actress received a lot of social media buzz for her quirky TikTok videos. Watch Pallavi’s recent clip below:

Did you know that the villainess from Alliyambal, Archa(Keerthi) is Jai Dhanush’s wife? The cute couple has been sharing their fun TikTok moments together on their Instagram and it is a must-watch for all Alliyambal fans.

Who is your favourite character from Alliyambal? Tell us in the comments below!

Craving For A Family Entertainer Series? Check Out Malabari Café From ZEE Keralam