Famous Malayalam Celebrities Who Are Related To Each other

We bet you didn’t know these Actors From ZEE5 Malayalam shows and movies were related to each other! 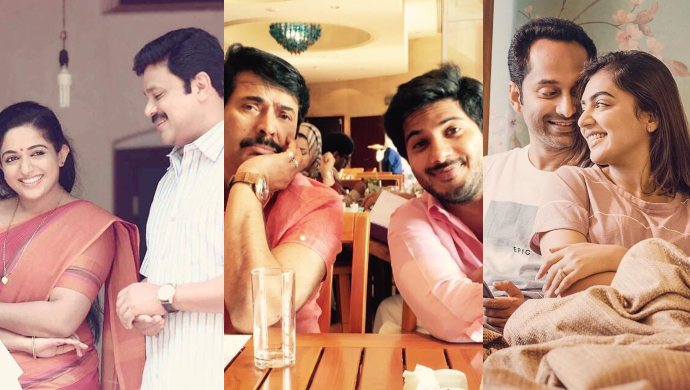 Did you know that Indrajith from Mohanlal and our favourite Parvathiyamma from Kabani were related? Like in Bollywood, there are several star kids and celeb couples in Malayalam industry. Here is a list of the most famous celebrities from Malayalam fraternity who are related to each other. Get ready to be surprised!

Missed out on Madhura Raja featuring Mammootty? Watch it here:

I'm not as tall as him, neither am I cinematically physiqued like this legend next to me is, still a similarity exists among the pics, obviously should, should it not… love you my Superstar 😘😘

Given the many macho roles that he played, the name Suresh Gopi resonates with action police flicks and the famous ‘Bharath Chandran IPS’ for all Malayalis. But did you know that the young actor from the film Ira, who essayed the role of the accused doctor, is his son, Gokul Suresh? Gokul Suresh, with his recent hits has proven to his fans that he is one true contender for the throne of the next superstar with the likes of Nivin Pauly and Tovino Thomas. The actor garnered a lot of social media buzz for his role in Ira and it is a lesser-known fact that he is Suresh Gopi’s son.

Happy birthday to my vappichi, my megastar, my hero, and my best buddy 😘😘😘 ! The rest of this note I'll keep personal !

Mammootty has been a part of the Malayalam film industry for decades and is one of the legends with hundreds of films to his name. When his son Dulquer Salman made his debut in the industry, many of his critiques pointed out that he wouldn’t be able to make a name for himself with such a legacy to follow. The father-son duo has proven their critics wrong with both of them delivering back-to-back hit movies and Dulquer Salman clearly setting a name for himself in the industry. Even with all his recent hits, Mammooty’s throne as the all-time superstar of Malayalam lies far-ahead for Dulquer who recently made his Bollywood debut.

Loved the adorable couple from Pinneyum directed by Adoor Gopalakrishnan? Dileep and Kavya Madhavan are one of the most celebrated duos in the industry for their amazing on-screen chemistry. The duo got married in 2016 soon after the controversial Manju Warrier- Dileep separation. With hit movies like Meesha Madhavan, Chandranudikkunna Dikhil and Thilakkam, the couple was once the favourite hit-making duo on-screen in Malayalam.

Fahadh Faasil and Nazriya surprised all their fans when they announced that they were getting married in 2014. The couple were loved for their on-screen chemistry in the super hit film Bangalore Days and has been setting relationship goals with their adorable pictures on Instagram. Carbon star Fahadh Faasil is one of the top rated actors in the industry with his brilliant performance in recent hits like Kumbalangi Nights, Trance and Virus.

Listen To These #5 Hit Malayalam Tracks To Cure Your Self Isolation Blues!