Did You Know That Alliyambal Hero And Villainess Are A Couple In Real Life? Find Out More!

Keerthi and Jai Dhanush from Alliyambal are a real-life couple, while they are foes on screen! We look at how they are giving us relationship goals. 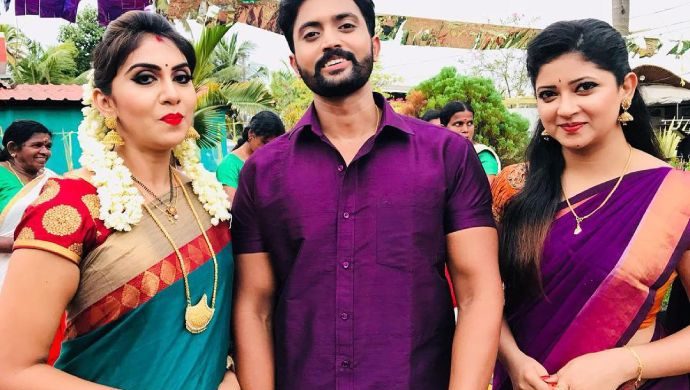 All of us love the on-screen chemistry between Alli of Alliyambal and Devan who plays the part of her lover in the serial. Jai Dhanush and Pallavi Gowda stole all our hearts with the title music video of Alliyambal and have been a favourite TV couple ever since.  But a lesser-known fact is that the actor is married to Keerthi, who essays the villainess Archa in the serial. The adorable couple is a hit duo on the internet with their pictures and cute captions.

Missed out on the latest episode of Alliyambal? Watch it here:

Happy 😃 morning all thanks 🙏 for blessing Keerthi with your wishes . Happy birthday @keerthijaidhanush .

Jai Dhanush made his debut in the industry with the Tamil movie Pothe Poni and has been a part of several TV Serials since then. The actor rose to fame with his performance in the 2010 movie Varoodhini and even appeared in Telegu and Malayalam serials.

The couple got married in 2015 and have been giving all of us major couple goals with their pictures on Instagram. Aren’t these guys just adorable? Tell us your thoughts in the comments below.

You Can Watch Your Favourite ZEE5 Originals For Free Now During The Lockdown! Don't Miss!