Did You Know That Akhilandeshwari Of Chembarathi Acted In A Hindi Film With Jackie Shroff?

Aishwariyaa Bhaskaran who plays Akhila in Chembarathi posted a picture of her one and only hindi film, with Jackie Shroff. 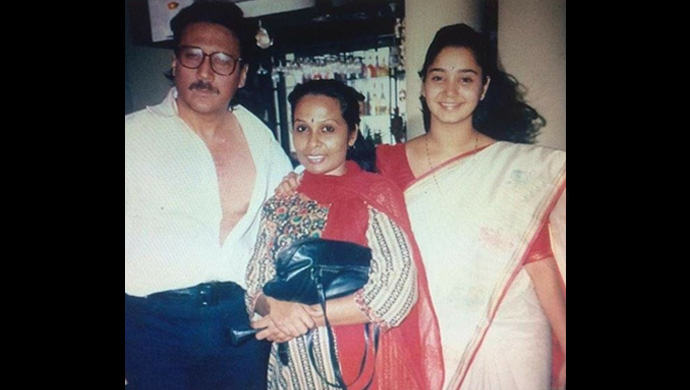 Actress Aishwariyaa Bhaskaran has, of late, gained much renewed fame ever since she started playing the role of Akhilandeshwari in Zee Keralam series, Chembarathi. The fact that she was once a movie actress has been reported before, but we recently found out that she also played the lead actress in a hindi film, Gardish, with none other than Jackie Shroff, a.k.a Jaggu dada. The actress recently posted an old picture of her in her 20s with a young Jackie Shroff and we gotta say, we are loving the vintagey feeling it gives us.

Missed watching the latest episode of Chembarathi? Catch it here. Scroll below to read the rest of the story.

Old pic. I was 21 my only Hindi film, "Gardish" As a Muslim house wife and mother the next year in 1994. #filmactor #throwbackpic #nostalgicmemories

According to her post, the actress was only 21 years old then. In Gardish, she played the lead role of Vidya Bhalla, an impressionable young girl who gets engaged to Shiva, the son of a havaldar, played by Jackie Shroff. The movie was critically acclaimed and is a remake of a famous Malayalam movie, Kireedam and was also remade in three other languages.

What are your favorite tracks from the film? pic.twitter.com/fS219piQkm

Check out the posters of the film and a young Aishwariyaa playing the heroine.