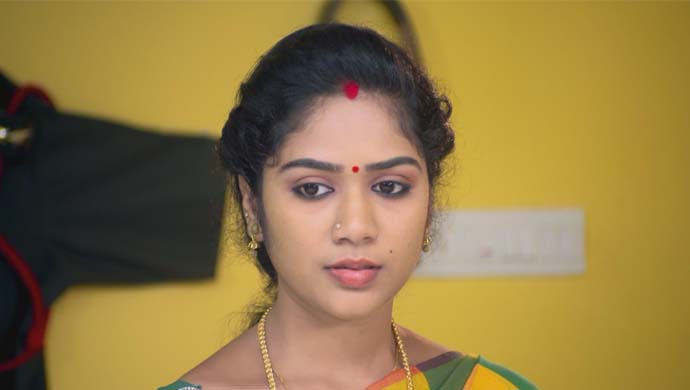 For Darshana Das of Sumangali Bhava and Sayana Krishna of Swathi Nakshathram Chothi, leisure also includes doing lip sync videos on platforms such as TikTok and Musical.ly. Their cute and funny videos featuring songs and dialogues from Malayalam and Tamil are quite popular on Instagram. Their followers are loving it. It seems that Darshana’s forte is music. And, as telly character Vaidehi, she is already very good at giving charming expressions in tune to songs. In one video, she acts to the hit song Chimmi Chimmi… from the period movie, Urumi, where Nithya Menen tries to seduce Vavali, Prabhudeva’s character. In another one, where a child wittily answers questions, she truly absorbs the spirit of a child in her voice.

Here are a few of her videos:

Sumangali Bhava is about Vaidehi, an independent woman who is looking for her dream. However, things in her life don’t go according to plan. The series dwells on how she deals with her obsessive husband.

For Sayana Krishna, the songs and dialogues that she does in her videos, seem to be shot as a respite from her daily tv serial shoots. Quite a few of her videos have been shot on the sets of Swathi Nakshathram Chothi, a series which centres on the story of an overweight woman Swathi, played by Vandana Krishnan. Sayana appears as her sidekick Gauri. Whereas one of the on-set videos has her acting to the popular song, ‘Choolamadichu Karangi Nadakkum…’ from the movie, Summer in Bethlehem, another one shows her paired with her co-actor while lip syncing to the 1997 hit romantic song ‘Aattu Thottilil….’, from  the movie Poonilamazha.

Check out some of their creativity:

Watch The Film, And The Oscar Goes To, The Story Of The Struggles Faced By Indian Film Maker Isaak Ebrahim.