Children’s Park Actor Sharafudheen And His Daughter Are The Cutest Thing On The Net Now!

This Father daughter duo is taking over the Internet by storm. Don’t miss these adorable pictures! 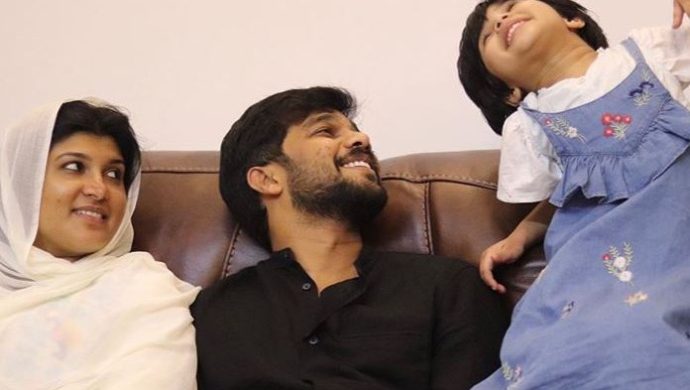 With recent hits like Children’s Park and Anjaam Paathira Sharafudheen has proven himself as a versatile actor, who can handle more than just rib-tickling comedy characters. Sharafudheen debuted in the industry with Alphonse Puthren movie Neram in 2013 and was noticed for his novel take on comedy. With a realistic take on characters, Sharafudheen’s characters soon got etched into Malayalam pop culture for their quirky one liners.

Missed out on Sharafudheen starrer Children’s Park? Watch it here:

The actor recently posted pictures with his adorable little partner in crime and it’s surely the cutest thing on the internet right now. The duo is seen engaging in all sorts of fun and these pictures are surely going to lift up your mood today.

Sharafudheen and his little daughter Dua are inseparable when it comes to play time. Aren’t they the best ever?

Children’s Park directed by Shafi tells the funny tale of three friends essayed by Sharafudheen, Vishnu Unnikrishnan and Dhruvan trying to find meaning in their life. The story evolves as the funny trio reopens an institution and finds themselves entangled in a bigger conspiracy than what they were prepared for. If you are looking for that feel good movie to have a carefree laugh, Shafi’s Children’s Park is a must watch!

Alli Of Alliyamabal Is Back With Her Elegant Moves On Tik-Tok. Don't Miss!