Chembarathi Special: What Will Happen To Kalyani If Ganga Marries Anand?

Here are several interesting possibilities we all can expect from the upcoming episodes of Chembarathi. Find out more here! 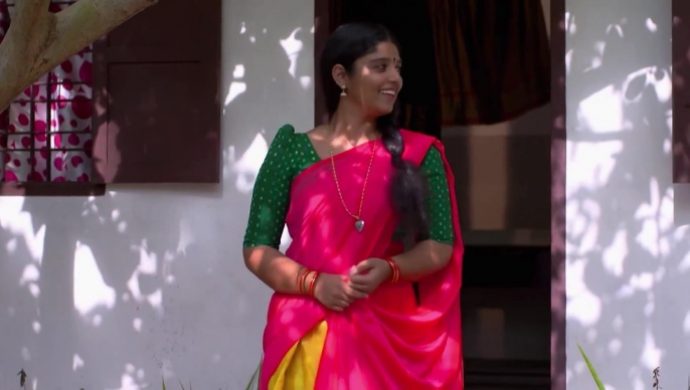 Ganga is getting closer to her objectives as she has managed to convince Akhila to agree to her marriage with Anand despite his disapproval. Even with Kalyani winning the brand ambassador competition, Anand couldn’t tell his mother about his feelings for her. Ganga and her parents are preparing for her marriage ceremony with Anand while Kalyani is still facing rude comments and angry outbursts from Thrichambarath. Will Kalyani be able to win Anand’s hand in marriage? What will happen to her if Ganga wins? Here are some of the possibilities we can all expect from the upcoming episodes of Chembarathi.

Will Kalyani be able to win Anand’s hand in marriage?

Anand had promised Kalyani after his engagement to Ganga that he will marry her in the end. With Ganga and Vilasini planning to hurt Kalyani in every move, Anand’s plans don’t seem to work. The only way for Kalyani to marry Anand will be by revealing Ganga’s identity and stopping her from achieving her goals. Kalyani is the only person in Thrichambarath who knows that Ganga is behind the attack on Krishnan’s life.

Will Kalyani reveal the truth about Ganga?

Kalyani didn’t reveal the truth to Anand because she feared the consequences that can arise from Akhila’s short temper. She was afraid that not only will Akhila kill Ganga but also kill herself for putting the family in danger. Kalyani is clearly outnumbered by Ganga and her supporters. Aravind has already failed to make use of his opportunity to show Akhila that Sebastian is posing to be Ganga’s father. Will Kalyani be able to produce evidence against Ganga to bring out the truth? Keep watching to find out.

What will happen to Kalyani if Ganga wins?

Ganga had made her plans for Thrichambarath clear – that she is looking to destroy the family. The only obstacle she must overcome is Kalyani and Anand’s doubts about her motives. Despite Kalyani winning the brand ambassador competition, Ganga was successful in keeping the former away from Thrichambarath.

We have also witnessed Ganga planning with Vilasini to make Kalyani leave Thrichambarath forever. Ganga proved that she is a worthy rival to Anand when she escaped Aravind’s move against her using the video recording. Anand and Kalyani have already revealed that the only way to stop her would be by finding out her true motives. Will Anand and Kalyani succeed? Stay tuned to find out.

ZEE5 Original Babbarinte Kudumbam Will Make You Love your Family Even More!