In today’s episode of Chembarathi, Peethamabara Kurup visits Das’ house again for the money. Scroll down to read more. 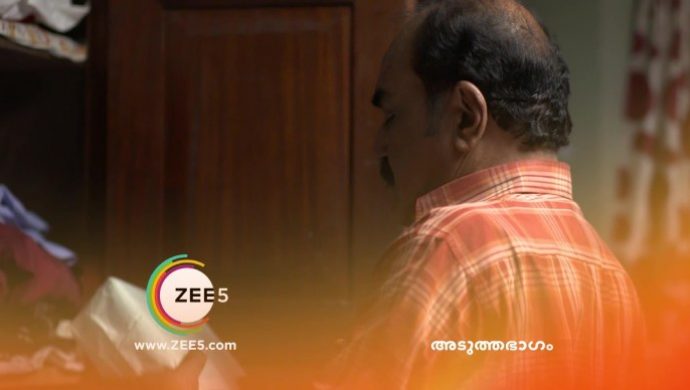 Previously on Chembarathi, Kalyani (Amala Gireeshan) is stopped by Ganga (Haritha Nair) as the former walks back to the kitchen after meeting Anand. Ganga’s questions irritate Kalyani who replies by saying that she has forgiven her several times in the past, only to endure more hurtful things from her. Ganga gets angry and tries to raise her hand to slap Kalyani. Maheshwari intervenes and holds Ganga’s hand.

Maheshwari tells Ganga that she will try and stop her (Ganga’s) engagement with Anand. She also tells Ganga that she should know her place as Anand and Kalyani would probably marry each other, Meanwhile, a man who introduces himself as Peethambara Kurup, Neeraj’s uncle, visits Das to ask him for Rs 10 lakh in dowry.

Back at Thrichambarath, Maheshwari tells Kalyani that she will help her in becoming Anand’s bride. Kalyani gets confused when Maheshwari also seeks her help in return. Kalyani gets worried about Maheshwari’s plan and goes back to work.

Later on, Kalyani figures out that Das is in need of money and tries to help him by offering the money from her account. She starts crying when Das tells Aniyankuttan that accepting Kalyani’s money is like death for him.

In today’s preview of Chembarathi, Kalyani gets startled when Peethambara Kurup comes in search of Das. Kalyani sees Das taking out a bundle of money from the cupboard and wonders why he is paying the man. Will Kalyani figure out that Das is paying Peethambara Kurup the dowry money? Stay tuned to find out!

Chembarathi 18 June 2020 Preview: Das Is Infuriated By Anand And Kalyani’s…